The Megola was a German motorcycle produced between 1921 and 1925 in Munich. Like Bimota, the name is a portmanteau derived loosely from the names of its designers Meixner, Cockerell, and Landgraf. 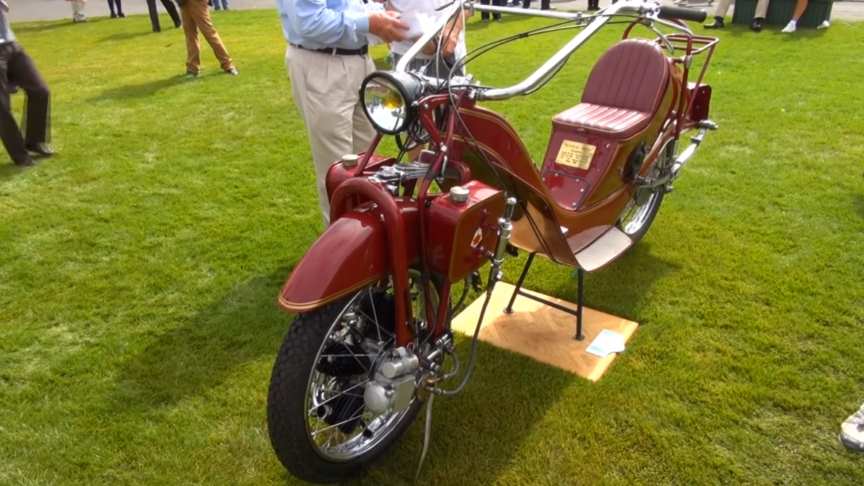 The engine had tremendous torque, which meant that gears were not required. It didn’t have a clutch, either: to start the bike, you put it on its stand and spun the front wheel until the engine fired up.

A hand-controlled butterfly valve was located in the hollow crankshaft to regulate throttle. Power output was a modest 14 brake horsepower (10 kW) but was applied directly to the wheel. This arrangement produced a very low centre of gravity and provided for excellent handling.