This Motosacoche it´s equipped with a three speed Sturmey Archer gearbox, original Terry seat, foot and hand clutch, Bosch horn, swiss speedo and a complete electric lighting system. This Motosacoche with it´s MAG engine runs well. It has been restored a numbers of years ago. 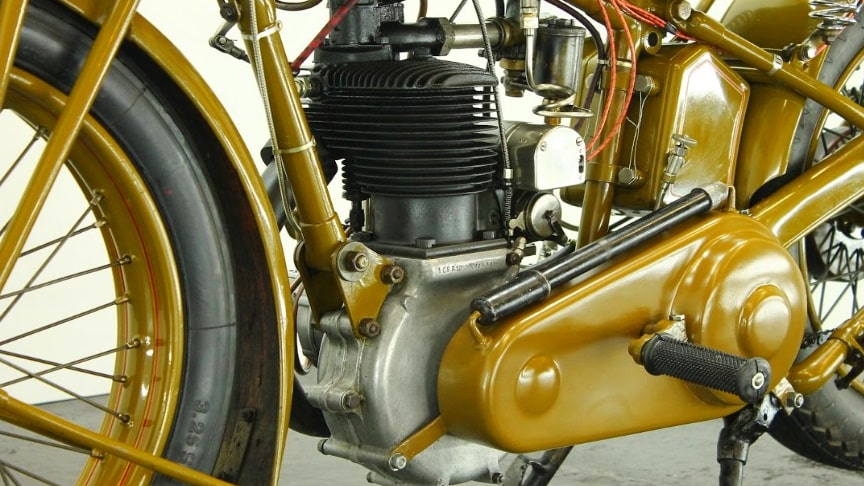 The 211cc motor was soon being manufactured in substantial numbers and the brothers set up a subsidiary firm to market it in the UK. This led to collaboration with Royal Enfield, who supplied the cycle parts necessary to market a complete machine and used a Motosacoche v-twin engine when they recommenced motorcycle manufacture in 1910.

The Motosacoche and Royal Enfield ranges were effectively identical for the next few years, but after WWI the Swiss marque’s presence in the UK market would be limited to supplying its MAG proprietary engines to other manufacturers.