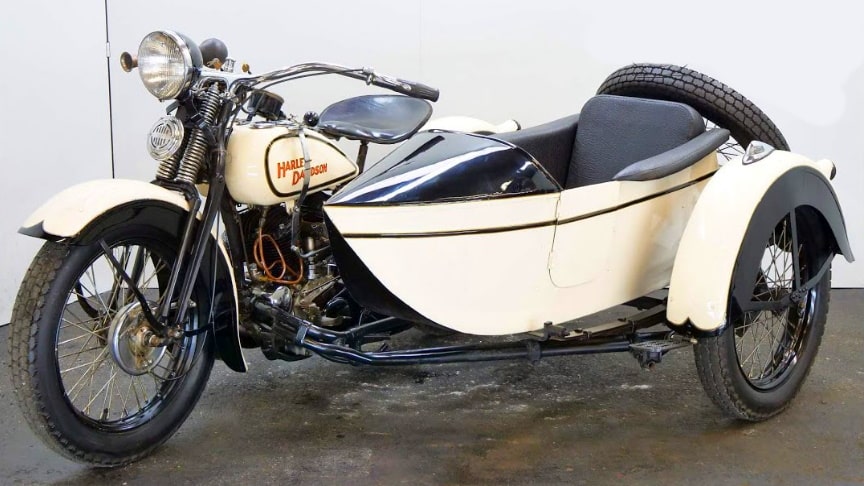 By 1934, things were a little better, and Harley proudly unveiled its lineup for the year. Art Deco styling was at its peak, and the 1934 Flathead is a beautiful example of this artistic movement. The VLD was HD’s top of the line twin, with low-expansion aluminum alloy pistons, a Y-shaped intake manifold and 5:1 compression.

The engine made 36hp at 4.500rpm, and top speed was probably about 144kmh. Like most bikes in 1934, the VLD had no rear springing and a 6-volt electrical system. Bumps on the road were softened by Harley’s patented “Ful-Floteing” seat spring. Shifting was via a 3-speed hand shift through a rocker foot-clutch that could be locked in place. A rider could bring a properly set up Harley Flathead to a stop, engage the clutch, put down both feet and fold his arms.

This VLD is equipped with a Harley Davison sidecar and a Stewart speedo. The sidecar has a break which is connected to the break of the motorcycle. Motorcycle and sidecar form a perfect and elegant unit.//classic-motorcycle.com