This New Imperial was made in Great Britain and is a masterpiece. The machine was lovingly restored a few years ago. The engine and transmission unit is one piece and comes from our own production. 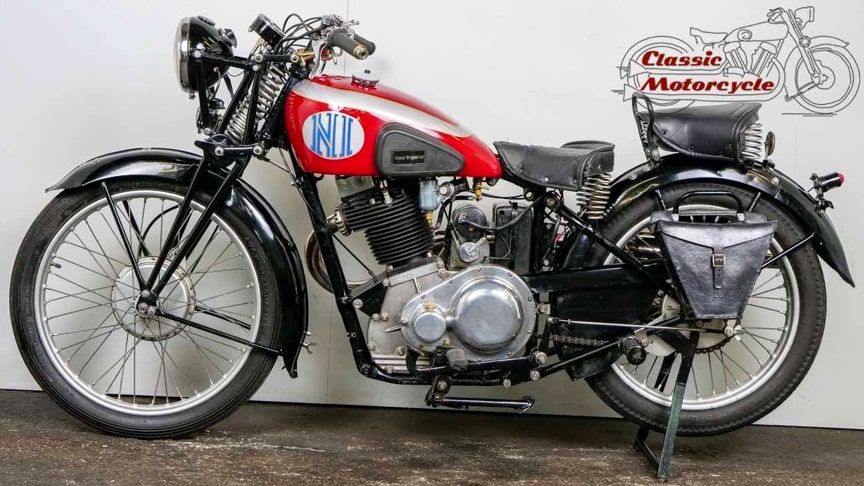 It is equipped with a horizontal Amal carburetor, Lucas lighting set, Lucas speedo and a pillion seat. This New Imperial has papers from Denmark and is ready to ride.

New Imperial was unsurpassed for innovation during the 1930s, with models featuring pivoted fork rear suspension and unitary construction of engine and gearbox.

Engines were based on those of the previous year’s works machines, featuring vertical cylinders. These model designations were retained for the following season when inclined cylinders made a reappearance at New Imperial, which added a 500cc model – the 110 – to its high-performance Clubman range.