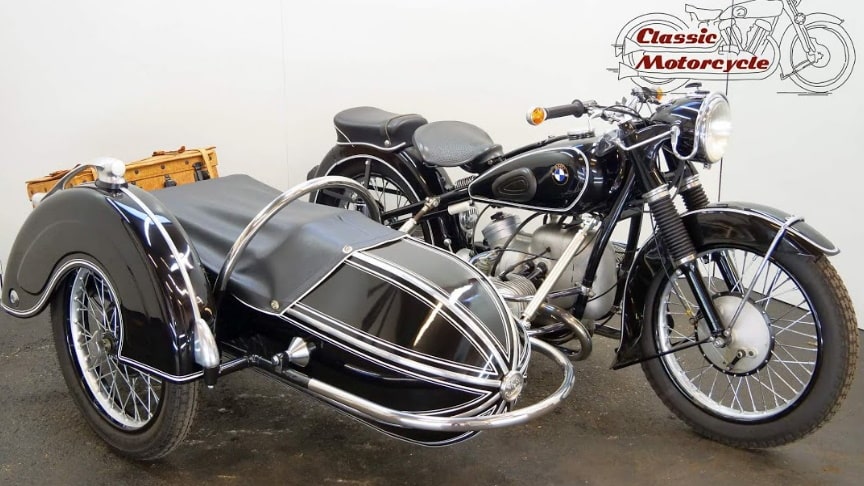 The R51/3, arrived in February 1951 and despite the similarity in designation had an entirely new and much neater looking engine incorporating a single, gear-driven camshaft and crankshaft-mounted generator among a host of other advances.

This sidecar was created in the 1930’s and was best suited for bikes displacing at least 350ccs. It features a spring suspension and of course, the iconic ‘bullet nose’ styling. The sectional steel crankshaft with carefully balanced counterweights ensures vibrationless operation.