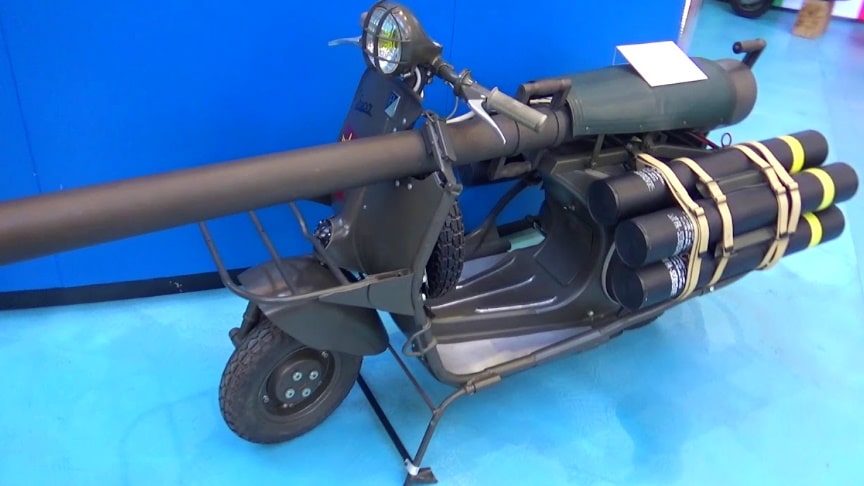 It was very light in comparison to a standard 75 mm cannon but was still able to penetrate 100 mm of armour with its HEAT warhead. The recoil was counteracted by venting propellant gases out the rear of the weapon which eliminated the need for a mechanical recoil system or heavy mount.

The scooters would be parachute-dropped in pairs, accompanied by a two-man team. The gun was carried on one scooter, while the ammunition was loaded on the other.

The scooter themselves were original civilian produced VB1T models, 150 cc capacity engine. The engine was two stroke, top speed of 60 km/h, enough speed to ram any vehicles if needed in an emergency, or move the user from the drop site to the area where the paratrooper was needed.