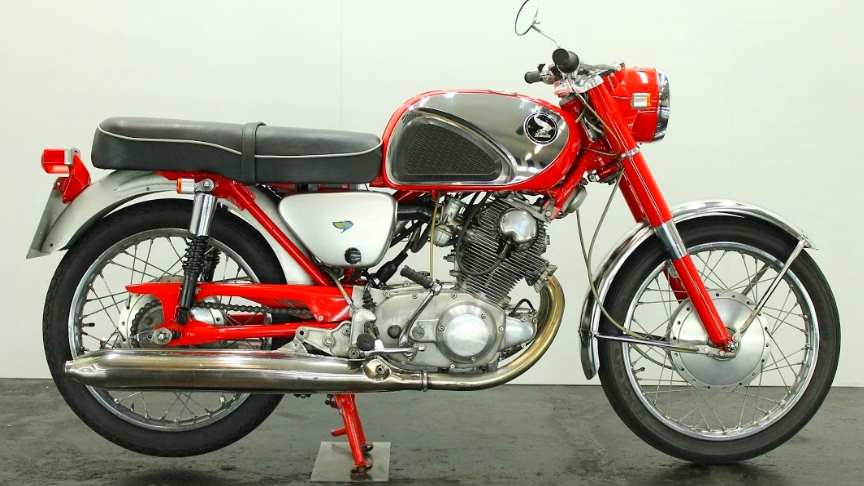 The engine’s basic layout likewise was retained but wet sump lubrication was adopted and the clutch moved from the crankshaft to the gearbox main-shaft. Maximum power increased to 20bhp at 8,000rpm.via/read more: classic-motorcycle

Producing 24bhp at a then-stratospheric 9,000rpm, and weighing only 340lbs, the CB72 possessed an excellent power-to-weight ratio endowing it with performance challenging that of many British 500s.The Honda CB72 was one of the first Oriental models to make its mark in this increasingly popular and important branch of motorcycle sport.

Today the CB72 is one of the most desirable of early Japanese classics.These days it is an interesting bike with many and constantly growing enthusiast. This bike is one of the first models produced by Honda. This comfortable and very presentable bike runs well. It is a nice part of history of Honda.///classic-motorcycle