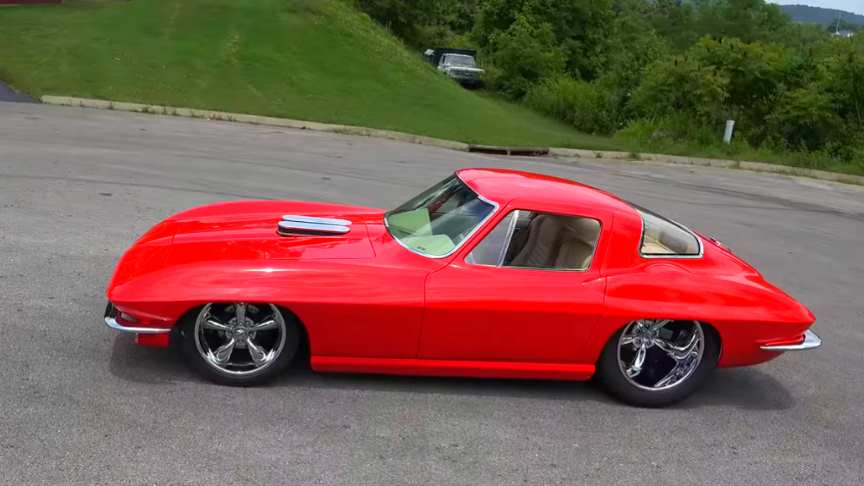 The current owner did not originally build this 1965 Chevrolet Corvette but bought it after it had been done a couple of years.The motor was missing so He had to run that down.But for the most part the car was as it is now..Minus the Steve Holcomb Pro Auto Custom Interiors one off full leather custom interior.

By now if you follow the ScottieDTV channel you have come accustom to Steve and the Boys work.Well they didn’t disappoint.The one off custom pro street interior they built for this 1965 Chevrolet Corvette is perfect.