Check out this 1965 Pontiac GTO done in a Pro Touring style I found at the 2019 Holley LS Fest east….What a cool car.Straight as a arrow with black paint that is a mile deep.Not a over the top custom but a very cool driver.The owner told Me He had one as a kid but it was nothing like this 1965 Pontiac GTO is now. 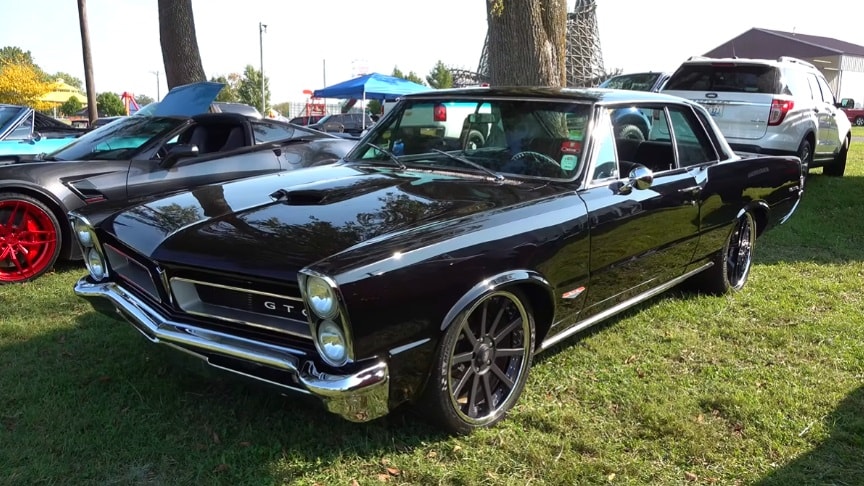 He said that this is what He had always dreamed of doing back then but that He was just a broke kid and that about 15 years ago He was able to buy the car and a few years back He had it done to this level.

The interior is custom and very nice but not a crazy cool interior that you don’t want to set in…This interior makes you want to climb in and take a road trip!!.