The BRM P83 was a Formula One racing car designed by Tony Rudd and built by British Racing Motors for the new engine regulations of 1966. It used a highly unorthodox H16 engine which was mated to a 6-speed gearbox, with the gear lever unusually situated to the left of the driver. 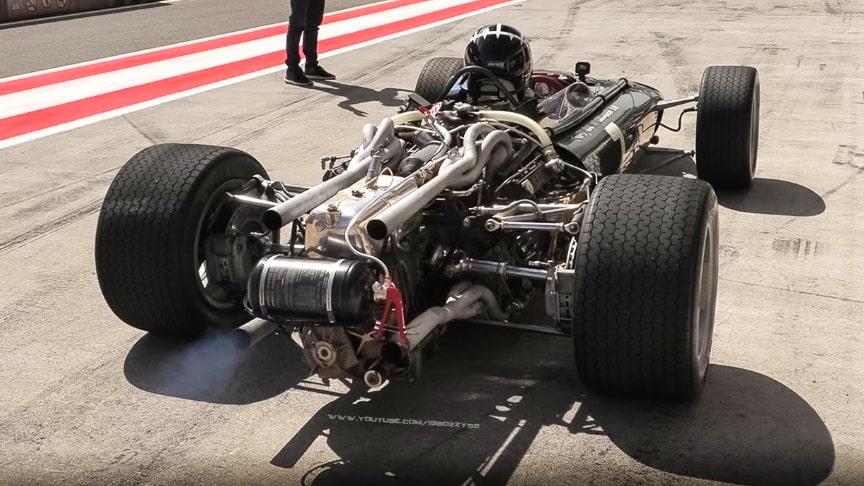 Like contemporary designs such as the Lotus 33 and Cooper T81, the P83 chassis was a riveted monocoque made of Duralumin with integral fuel tanks running down the chassis on either side of the driver.

The size of the engine gave the car a centre of gravity that was not just rearward but higher than other cars, due to the height of the upper crankshaft above the ground and the need to have the entire engine raised slightly to make room for the lower set of exhausts which left the engine from underneath the car./wikipedia