A gyrocar is a two-wheeled automobile. The difference between a bicycle or motorcycle and a gyrocar is that in a bike, dynamic balance is provided by the rider, and in some cases by the geometry and mass distribution of the bike itself, and the gyroscopic effects from the wheels. 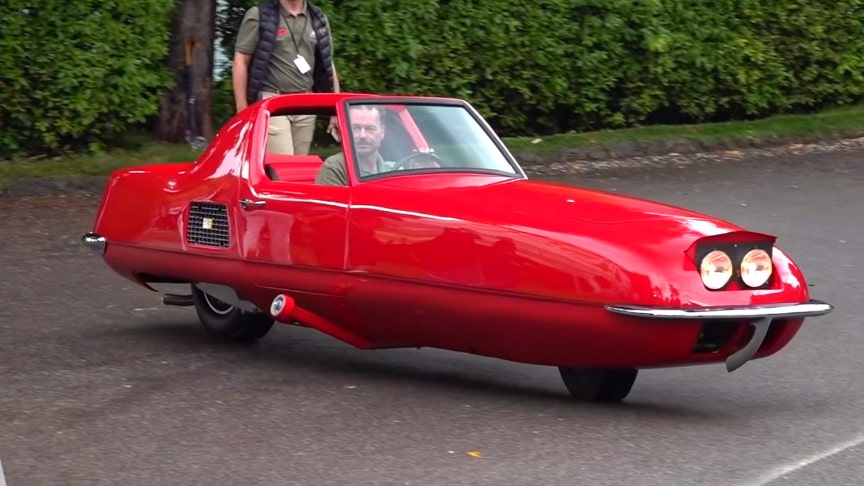 In 1967, California-based Gyro Transport Systems hired the well-known designer Alex Tremulis and gyroscope specialist Tom Summers to build a porotype car to be known as the Gyro-X. What you see here is a prototype from 1967 called Gyro-X that stays up on two wheels through the use of a gyroscope!

In this video you’ll see it in action during the Concorso d’Eleganza at Villa d’Este.The Gyro-X was reported to reach speeds of 125 miles per hour using an 80 horsepower 1,275cc four-cylinder from a Mini Cooper.

The concept never really took off, and the venture established to put America on two wheels Gyro Transport Systems Inc. folded in 1970. The car weigts around 839 kg, measures 119 cm in height and just 107 cm in width, and 4.7 meters in length. It rolled on two 15-inch wheels./NM2255 Car HD Videos