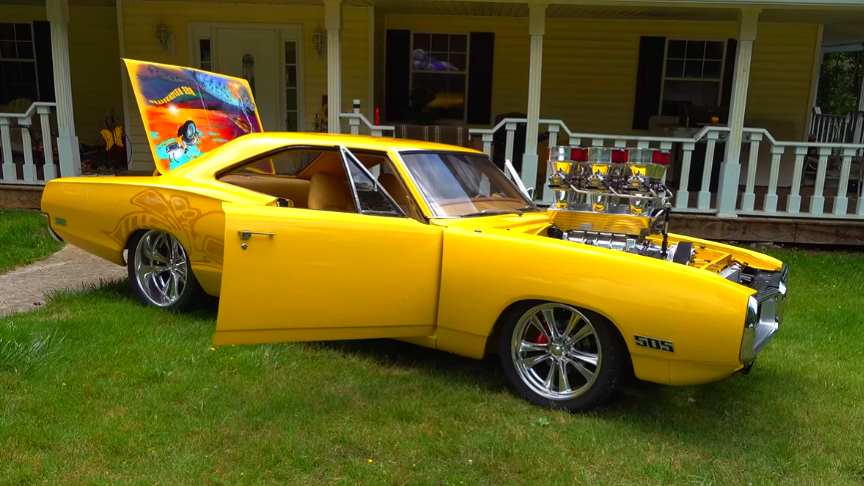 Supercharged and is fed by a 12 pack.12 pack???.Yes this Supercharged 505 Big Block is fed by six two barrel carburetors…How cool is that!?!?.This 1970 Dodge Coronet Super Bee is just getting finished so it still needs a little tuning..And the reason that Horse Power numbers were not available at the time of filming of this video.But I think it is safe to say there will be enough horse power to get it down the road.ScottieDTV

It is a Super Bee.So it is covered in the appropriate yellow paint.It has some custom painted Super Bee logos on the rear quarter panels painted in a gold color.They also used a pearl paint to put some Honey Comb designs throughout the build.There is a BIG MOPAR M on the roof using the same colors.The other paint feature is on the rear deck lid.

A mural of the history of this 1970 Dodge Coronet Super Bee.The current owner has had it since He was 15.He has drug his dream car through three different moves.He has had it at multiple shops trying to get it to this point…And now the dream is finally come true!.The interior is all custom high end vinyl and the style and colors they chose work well with this build..voa/read more: ScottieDTV