The Moto Guzzi V7 Sport is a sports motorcycle first manufactured in 1971 by Italian company Moto Guzzi. Based on the V7 roadster, but with a new frame and clip-on handlebars, the V7 Sport was the first Moto Guzzi café racer. 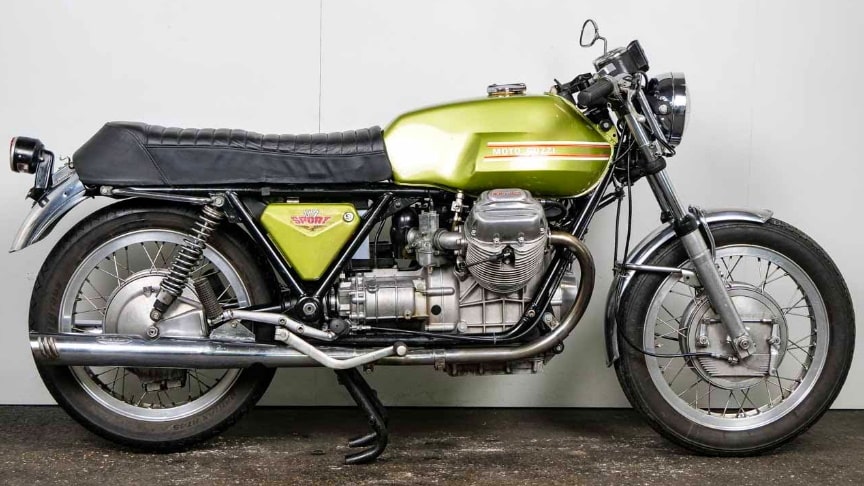 The V7 Sport was lighter than the standard V7, it handled well and proved popular.The V7 Sport formed the basis for subsequent models and ultimately led to the very successful Le Mans.

These are features that give pleasure. The service has been done recently. The bike still has its original paint except for the tank. This machine is ready to ride and will be handed over with a new and old vehicle registration document from Germany.