In 1980 Bertone created this futuristic concept car for the 1980 Turin Motor Show. The name “Athon” comes from an ancient Egyptian sun god, which means something like “Hymn to the Sun”, and it was appropriate as the car was a spider, completely devoid of a top and intended as a fair-weather car. 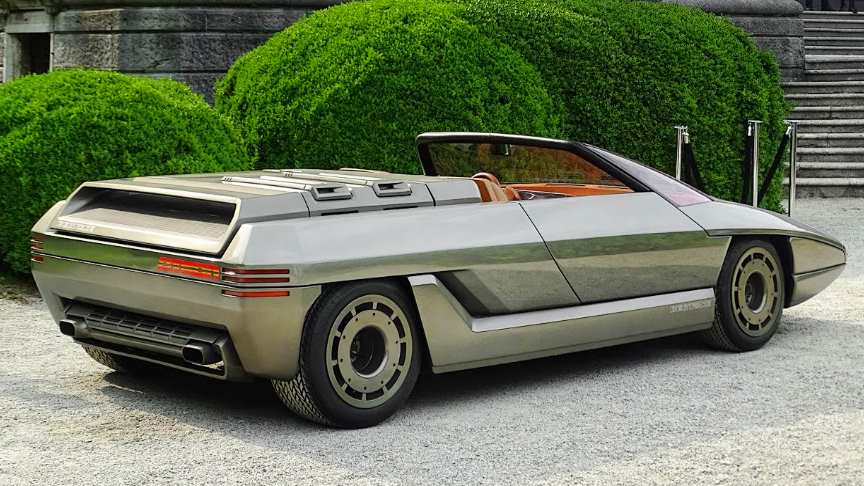 Based on the Silhouette chassis, which was out of production at the time, it resembled a sleek topless roadster, complete with a finely detailed, futuristic interior.Unfortunately, the vehicle was never intended to be put into production

Bertone kept the Athon for their private collection and sometimes lent it out for public display at shows. In 2011 it was offered for sale at the Concorso d’Eleganza Villa d’Este on 21 May by 2011 by RM Auctions and it was sold for €347,200.///19Bozzy92