The Porsche Cayman GT4 and GTS 4.0 both feature a naturally aspirated flat-six cylinder engine. They both have PDK and manual transmissions offered. And in this case, they’re both the same shade of blue. But there are actually dramatic differences in terms of how these cars perform, much of which might be overlooked by the naked eye. 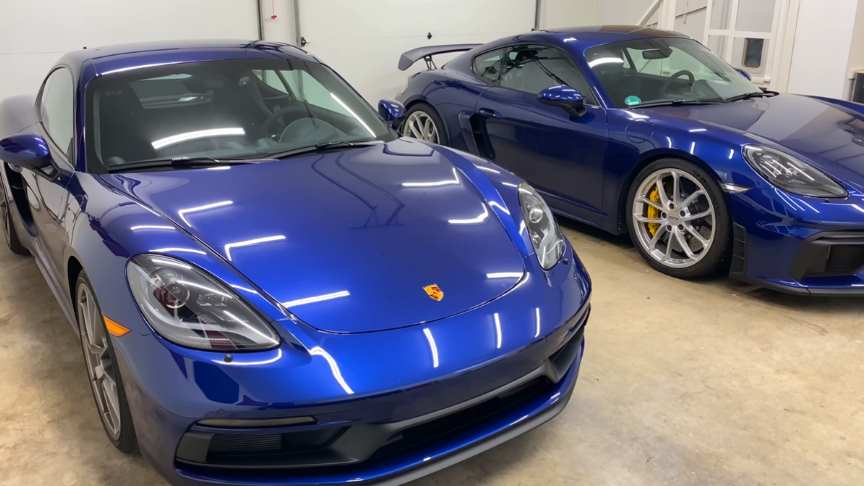 The aerodynamics of the GT4 are all about downforce, while the GTS 4.0 is all about minimizing lift. The GT4 has an upgraded chassis, suspension, wheels, tires, engine tune, and many aerodynamic changes to maximized downforce and minimize drag. Part of the solution? A dimpled underside, similar to that used on a golf ball!

With a smaller wake, the ball has less drag, and thus can travel farther. Porsche says the same logic applies to the GT4, in their words: “At the front end, the special surface on its underside is dimpled, reminiscent of that of a golf ball. As a result, the airflow follows the contour more precisely, reducing drag.” //Engineering Explained