This is the new Triumph Scrambler 1200 Steve McQueen Edition 2021.With all the Scrambler 1200 XC and XE’s category-dominating specification and style, incredible torque delivery and signature soundtrack, the new 2021 update delivers lower emissions whilst retaining all the thrilling performance, high power and torque that they are renowned for. 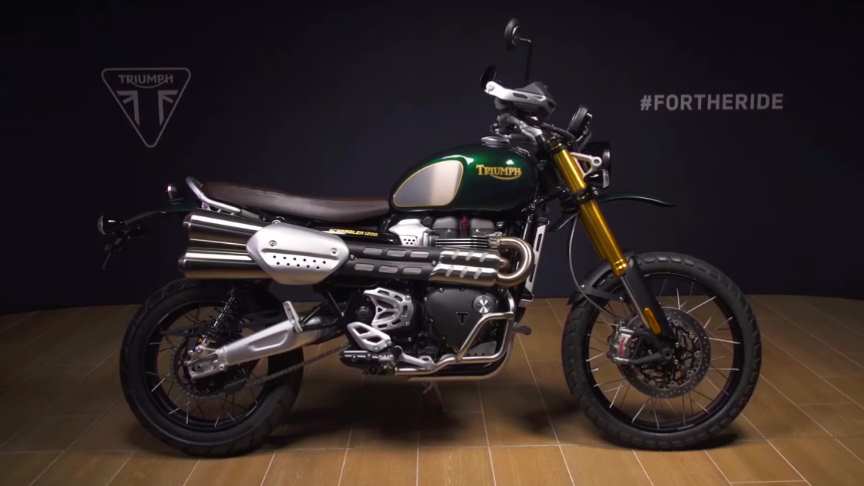 Inspired by the original competition-spec Triumph TR6, made famous by the legendary barbed wire jump in the iconic 1963 Second World War classic “The Great Escape”, the Scrambler 1200 Steve McQueen Edition has been developed in partnership with the McQueen family.

The new McQueen Edition shares all of the acclaimed XE specification and performance, including the 2021 1200 CC 89hp engine and exhaust system updates, making the limited edition fully Euro 5 compliant. Being a genuine cross-over motorcycle, it has all the capability of a full-on adventure bike with the iconic style inherited from its legendary Scrambler lineage.//REC Anything