I came across a few pictures of an Alofs Reloading Magazine many years ago and thought it was super cool, I just had no idea how it worked. Eventually C&Rsenal did a small thing on it and I was finally able to figure it out/have it explained to me so i figured I’d do my own. 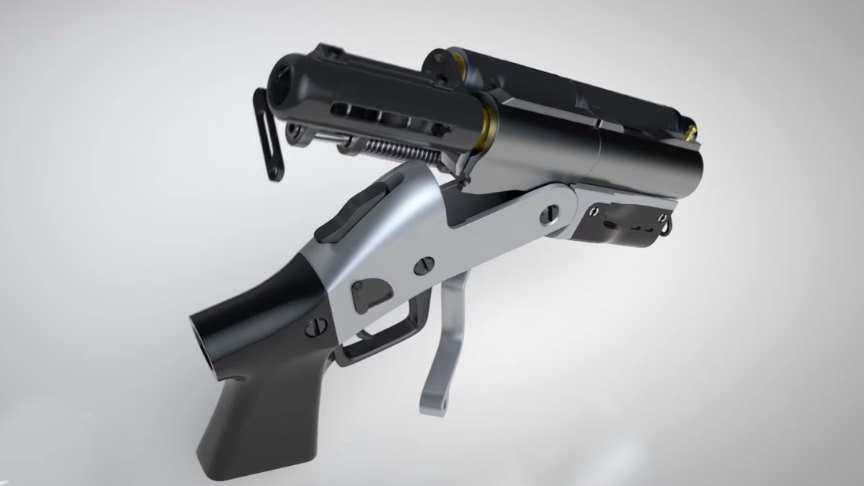 This is a attachment that is added to any single barrel shotgun with a auto ejector.The Alofs Reloading Magazine dose what it says, when you are done with the shot you just break it open and the shell that leaves will hit the magazine locking arm and the mag will insert a new shell.via: artstation

Back in 1923 Herman Alofs of Holland, Michigan invented a conversion that would turn an ordinary single shot shotgun into a magazine fed repeating shotgun.

While interesting this creation just never made it to the big leagues.In this video we witness how it all works in great detail.

The Alofs Conversion is mounted on the left side of the shotgun’s receiver. The magazine tube holds spare shells at the ready and the carrier moves to the right to feed the cartridges right into the shotgun’s chamber. Close the action and cock the hammer. You are ready for another shot quickly.via: ericnestor