In this episode of Repair & Replace, Vance shows how an electric stove works. We’ll learn about conventional and ceramic stovetops as well as some of the common problems.Electric stoves became popular as replacements for solid-fuel (wood or coal) stoves which required more labor to operate and maintain. Some modern stoves come in a unit with built-in extractor hoods. 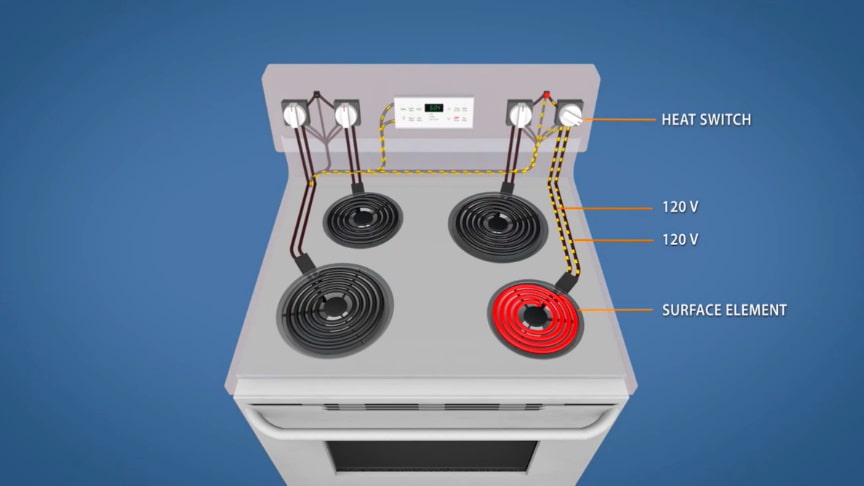 How an electric stove works is through a set of coils that are either exposed or inside the cooking surface (if you have a glass ceramic smooth top). When you turn it on, electricity runs through the coils and heats up the metal, turning the coils a bright orange color.

Electric burners are typically coil style a flattened spiral of electrical wire sheathed in metal that heats up when the control knob is turned on, triggering electricity to flow into the wire.

You can see the intensity of the electrical flow in the glow of the burner. Halogen electric cooktops are similar, except the heating elements are rings of halogen bulbs under the glass rather than electric coils.Early electric stoves were unsatisfactory due to the cost of electricity,the invention of nichrome alloy for resistance wires improved the cost and durability of heating elements./wikipedia