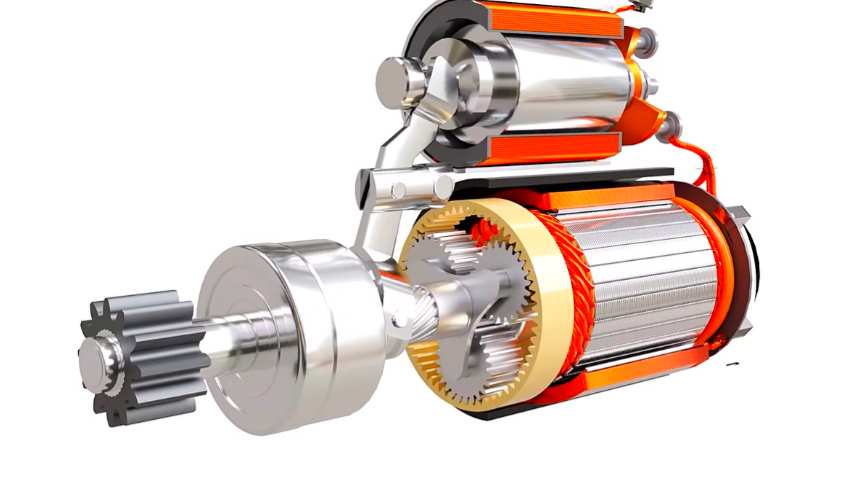 This video explains the working of a starter motor with relevant animations. The starter motor model shown here is a pre-engaged type starter motor. In this type, the pinion engages with the flywheel before the motor starts to spin and hence the name.

In a front-engine layout, the starter is mounted low down near the back of the engine.The starter needs a heavy electric current , which it draws through thick wires from the battery. In a four-stroke engine, the third stroke releases energy from the fuel, powering the fourth (exhaust) stroke and also the first two (intake, compression) strokes of the next cycle, as well as powering the engine’s external load.

To start the first cycle at the beginning of any particular session, the first two strokes must be powered in some other way than from the engine itself. The starter motor is used for this purpose and it is not required once the engine starts running and its feedback loop becomes self-sustaining./wikipedia