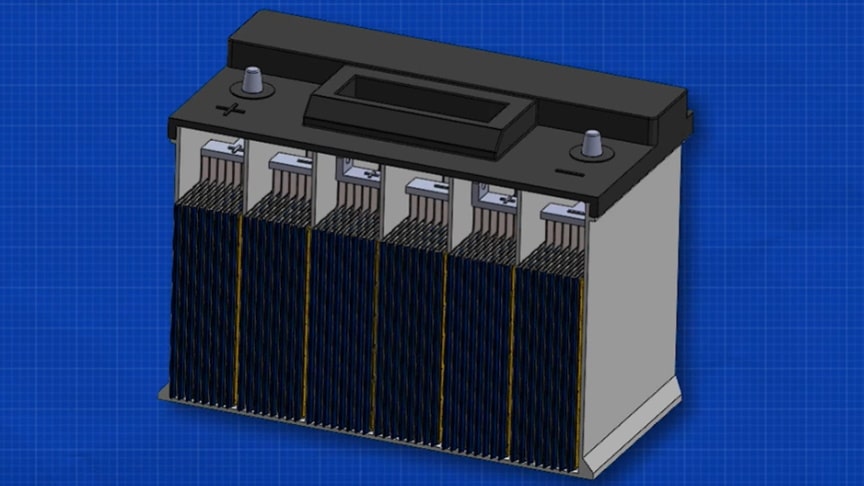 This chemical reaction is what causes the battery to produce electricity.The lead–acid cell can be demonstrated using sheet lead plates for the two electrodes. However, such a construction produces only around one ampere for roughly postcard-sized plates, and for only a few minutes.Watch the video from The Engineering Mindset for more info:

In the discharged state both the positive and negative plates become lead(II) sulfate (PbSO4), and the electrolyte loses much of its dissolved sulfuric acid and becomes primarily water.

In the fully charged state, the negative plate consists of lead, and the positive plate is lead dioxide. The electrolyte solution has a higher concentration of aqueous sulfuric acid, which stores most of the chemical energy.Overcharging with high charging voltages generates oxygen and hydrogen gas by electrolysis of water, which bubbles out and is lost.