A MCB miniature circuit breaker MCB automatically switches off the electrical circuit during an abnormal condition of the network means in overload condition as well as faulty condition.Unlike a fuse, which operates once and then must be replaced, a circuit breaker can be reset (either manually or automatically) to resume normal operation. 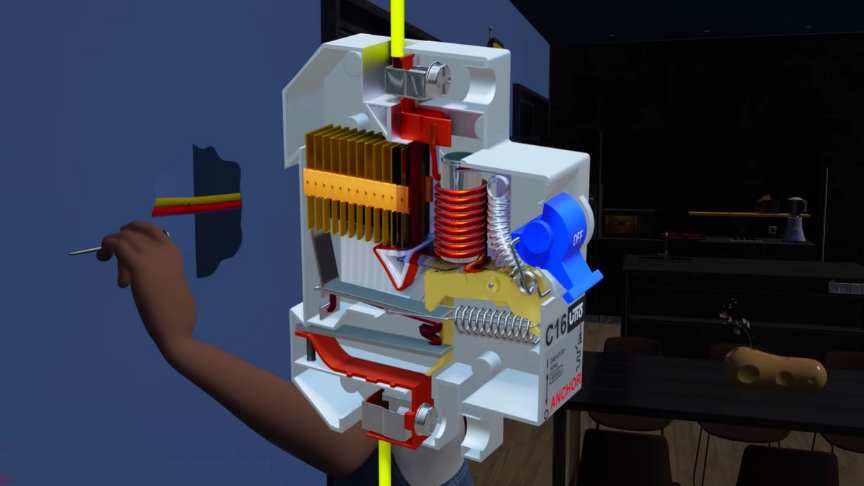 The circuit breaker must first detect a fault condition. In small mains and low voltage circuit breakers, this is usually done within the device itself. Typically, the heating or magnetic effects of electric current are employed. Watch the video from Learn Engineering for more info:

Circuit breakers for large currents or high voltages are usually arranged with protective relay pilot devices to sense a fault condition and to operate the opening mechanism.

When overcurrent flows through MCB there is a bimetallic strip which is heated and then deflects by bending, this deflection releases a mechanical latch which is attached with the operating mechanism, it causes to open the miniature circuit breaker contacts, and the MCB turns off stopping the current to flow in the circuit. To restart the flow of current the MCB must be manually turned on./