Magnetic resonance imaging (MRI) is a medical imaging technique used in radiology to form pictures of the anatomy and the physiological processes of the body. MRI scanners use strong magnetic fields, magnetic field gradients, and radio waves to generate images of the organs in the body. 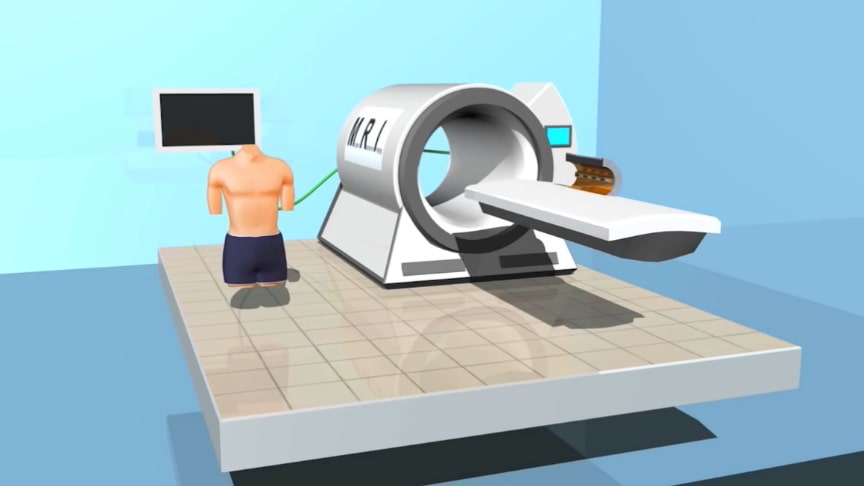 MRI does not involve X-rays or the use of ionizing radiation.Watch how radio waves and strong magnets combine to create pictures of the inside of our bodies. Watch the video from National MagLab for more info:

MRIs are equiped with powerful magnets which produce a strong magnetic field that forces protons in the body to align with that field. When a radiofrequency current is then pulsed through the patient, the protons are stimulated, and spin out of equilibrium, straining against the pull of the magnetic field.

The major components of an MRI scanner are the main magnet, which polarizes the sample, the shim coils for correcting shifts in the homogeneity of the main magnetic field, the gradient system which is used to localize the region to be scanned and the RF system, which excites the sample and detects the resulting NMR signal. The whole system is controlled by one or more computers.