Bearings are used to reduce the friction between two objects that are in linear or circular motion against each other.The first intuition came from Leonardo Da Vinci in his studies regarding friction.But the first patent was filed only in 1794 by Philip Vaughan of Carmarthen.Then, a Parisian bicycle mechanic named Jules Suriray, was able to patent the first ball bearing on August 3rd 1869. This invention allows him to win the first cycling race in history: the Paris-Rouen race. 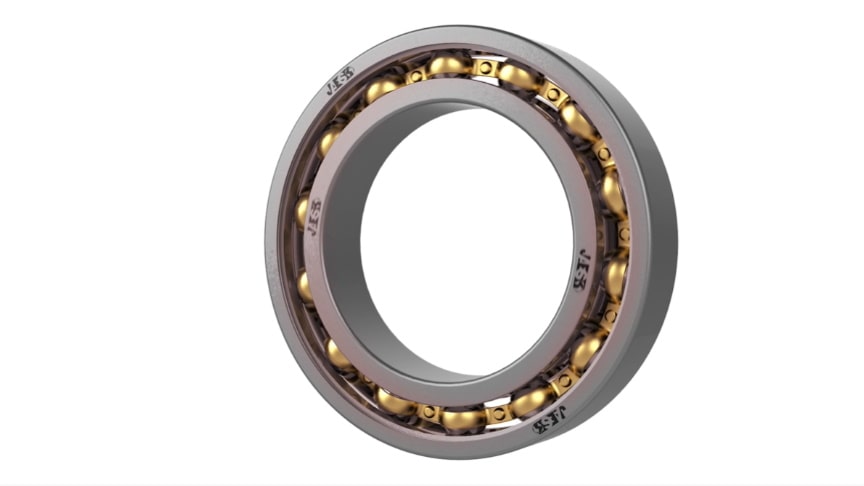 Now let’s take a closer look at a classical ball bearing. By decomposing and sectioning it, its components can be analysed.The first elements that immediately get our attention are the steel balls.They represent the rolling elements, and they’re held together by a cage which can come in different shapes and it’s made of low friction materials.

Then, we have the inner ring (usually the one that moves) and the outer ring, both with a groove, which can be more or less deep, in order to make the rotary elements glide.It is very common for the bearing to also be shielded. The shield can be made of metal for dust protection, or it can be made of plastic, preventing liquid infiltrations. They are placed in specific locations between the two rings, so that they can protect the balls and the cage from external agents.

At the same time they can retain oil or grease inside the bearing, keeping it lubricated for its entire life cycle.The other major type of rotary bearings are the so called roller bearings, used when very high accuracy is required. Radial bearings with cylindrical rollers are the most common type. If they have small rollers, they’re called needle roller bearings, and thanks to their compactness they are used when space is limited. They can only withstand radial loads.via: JAES Company