A Formula One car is a single-seat, open-cockpit, open-wheel formula racing car with substantial front and rear wings, and an engine positioned behind the driver, intended to be used in competition at Formula One racing events. Modern-day Formula One cars are constructed from composites of carbon fibre and similar ultra-lightweight materials. The minimum weight permissible is 740 kg including the driver but not fuel. Cars are weighed with dry-weather tyres fitted. 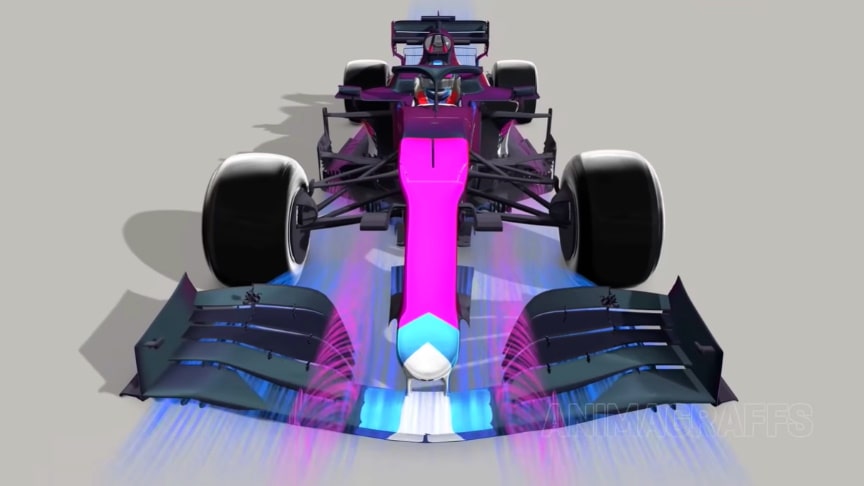 For a decade, F1 cars had run with 3.0-litre naturally aspirated engines with all teams settling on a V10 layout by the end of the period; however, development had led to these engines producing between 730 and 750 kW , and the cars reaching top speeds of 375 km/h.All cars have the engine located between the driver and the rear axle. The engines are a stressed member in most cars, meaning that the engine is part of the structural support framework, being bolted to the cockpit at the front end, and transmission and rear suspension at the back end.Video by Animagraffs:

Formula One cars use highly automated semi-automatic sequential gearboxes with paddle-shifters, with regulations stating that 8 forward gears (increased from 7 from the 2014 season onwards)and 1 reverse gear must be used, with rear-wheel-drive. The gearbox is constructed of carbon titanium, as heat dissipation is a critical issue, and is bolted onto the back of the engine.

Aerodynamics has become key to success in the sport and teams spend tens of millions of dollars on research and development in the field each year.The aerodynamic designer has two primary concerns: the creation of downforce, to help push the car’s tyres onto the track and improve cornering forces; and minimising the drag that gets caused by turbulence and acts to slow the car down./via/read more: wikipedia