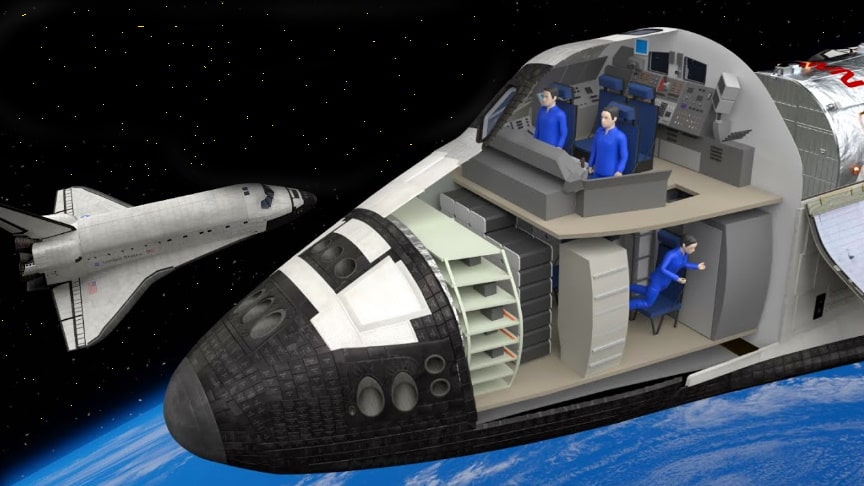 Missions were launched from Kennedy Space Center in Florida. There were five orbiters built to travel to space: Columbia, Challenger, Discovery, Atlantis, and Endeavor.

Most missions had 7 astronauts on board. When they do an EVA or “Space Walk” they can enter the Air Lock to go out into the Payload Bay. The Remote Manipulator System (RMS), also known as the Canadarm, is used used to move payloads around in space. The Orbital Docking System (ODS) was used to dock with the International Space Station (ISS)./Jared Owen