The VCR may be old technology now but I think it’s still fascinating!A VCR (videocassette recorder) is an electromechanical device for recording and playing back full-motion audio-visual programming on cassettes containing magnetic tape. Most videocassettes have tape measuring 1/2 inch (1.27 cm) in width. 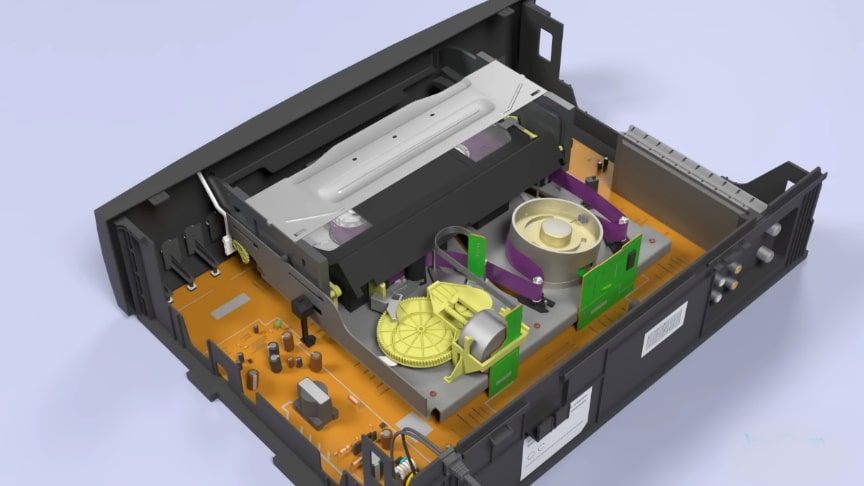 The first VCRs were designed and built in the 1960s, and became available to the public around 1970.As with almost all cassette-based videotape systems, VHS machines pull the tape out from the cassette shell and wrap it around the inclined head drum which rotates at 1,800 rpm in NTSC machines and at 1,500 rpm for PAL, one complete rotation of the head corresponding to one video frame.

The VCR must deal with the tape — an extremely thin, fairly fragile and incredibly long piece of plastic and it must read the signals off of the tape and convert them to signals that a TV can understand.

VHS uses an “M-loading” system, also known as M-lacing, where the tape is drawn out by two threading posts and wrapped around more than 180 degrees of the head drum (and also other tape transport components) in a shape roughly approximating the letter M. The heads in the rotating drum get their signal wirelessly using a rotary transformer../wikipedia