Near the closing hours of world war two, the nazis started to experiment with more… unconventional aircraft designs. And technologies that some would consider, unnatural. With the ability to fly in any direction at the moment’s notice, invisible to radar, and the ability to launch guided missiles, this new flying saucer would have changed the tide of war. 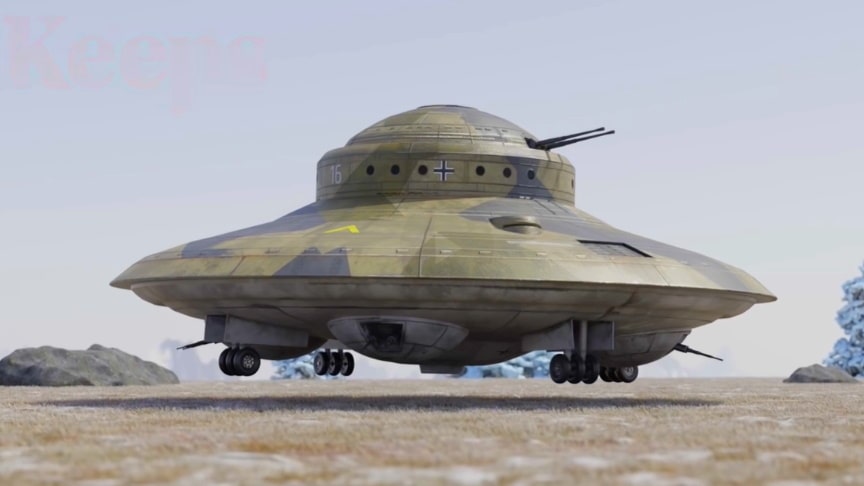 The question remains, Did the Nazi’s ever built a UFO and what happened to the project?Hold your disbelief, for this extra-spooky Halloween spectacular at found and explained!It is well-documented that Nazi Germany had conducted research into advanced propulsion technology.That included rocket technology too, of course, with the infamous V-2 rocket being the precursor to the intercontinental ballistic missiles we have today. Watch the video from Found And Explained for more info:

This rocket wizardry within the Third Reich explains why Nazi German scientists were plucked up by both the United States and Soviet Union in the aftermath of World War 2 for their own rocket projects. Anti-gravity research had started in Weimar Germany in the 1920s. The R-FZ-1 craft was the first anti-gravity aircraft that also happened to be circular in shape. The craft wasn’t constructed by German military or even a German aviation company, but by the ultra-secretive and occultist Vril Society based in Berlin.

Some of these wonder weapons have been well-documented and known prototypes or even working examples of them made. Others were more shrouded in mystery and have even been debunked by some analysts as being pure myth. The Nazi UFOs are firmly in the latter group: no definitive Nazi UFO craft was ever seized, photographed or official use. However, the allegations and conjecture around Nazi UFO craft are immense and there is no denying that they certainly fit into the mould of what would have been a Nazi ‘Wunderwaffe’.via/read more: Found And Explained