Trains are able to change the their trajectory with just a slight adjustment of the rail track. This clever switching design is achieved with a simple trick on the wheel and track. Let’s take a closer look at how it works!A railroad switch is a mechanical installation enabling railway trains to be guided from one track to another, such as at a railway junction or where a spur or siding branches off. 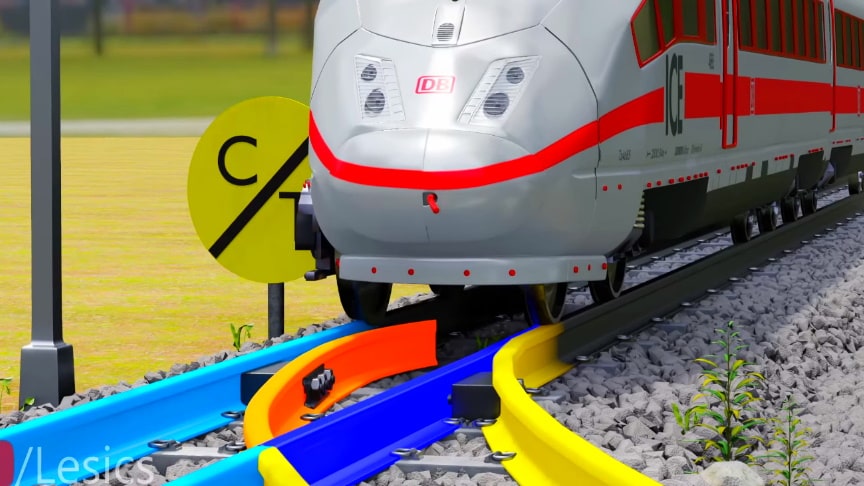 A switch (points) consist of a pair of linked tapering rails, known as points (switch rails or point blades), lying between the diverging outer rails (the stock rails). These points can be moved laterally into one of two positions to direct a train coming from the point blades toward the straight path or the diverging path.

Generally, switches are designed to be safely traversed at low speed. However, it is possible to modify the simpler types of switch to allow trains to pass at high speed. More complicated switch systems, such as double slips, are restricted to low-speed operation. On European high speed lines, it is not uncommon to find switches where a speed of 200 km/h (124 mph) or more is allowed on the diverging branch. Switches were passed over at a speed of 560 km/h (348 mph) (straight) during the French world speed run of April 2007.

The conventional way to increase turnout speeds is to lengthen the turnout and use a shallower frog angle. If the frog angle is so shallow that a fixed frog cannot support a train’s wheels, a swingnose crossing (US: moveable point frog) will be used. Higher speeds are possible without lengthening the turnout by using uniformly curved rail and a very low entry angle; however, wider track centers may be needed.//Lesics