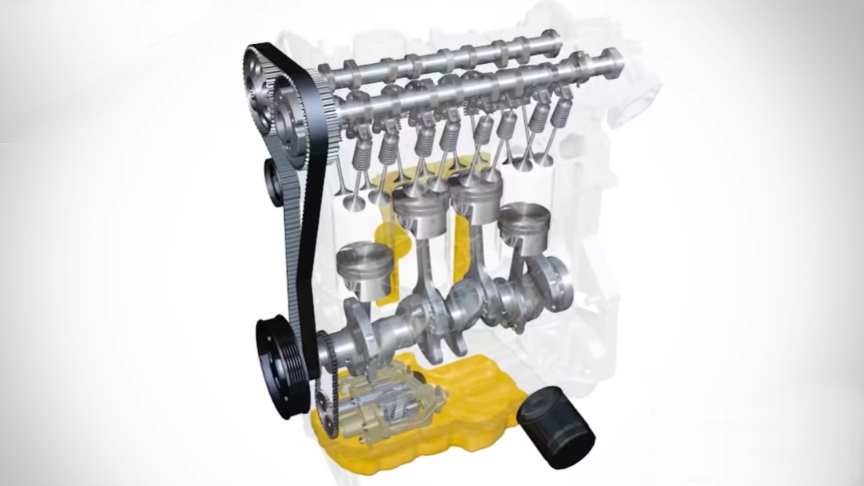 The oil pump forces the motor oil through the passages in the engine to properly distribute oil to different engine components. In this short animation I briefly explain how the oil flows through an engine when its started after an oil change.

In a common oiling system, oil is drawn out of the oil sump (oil pan, in US English) through a wire mesh strainer that removes some of the larger pieces of debris from the oil.

The flow made by the oil pump allows the oil to be distributed around the engine. In this system, oil flows through an oil filter and sometimes an oil cooler, before going through the engine’s oil passages and being dispersed to lubricate pistons, rings, springs, valve stems, and more.//via read more: wikipedia