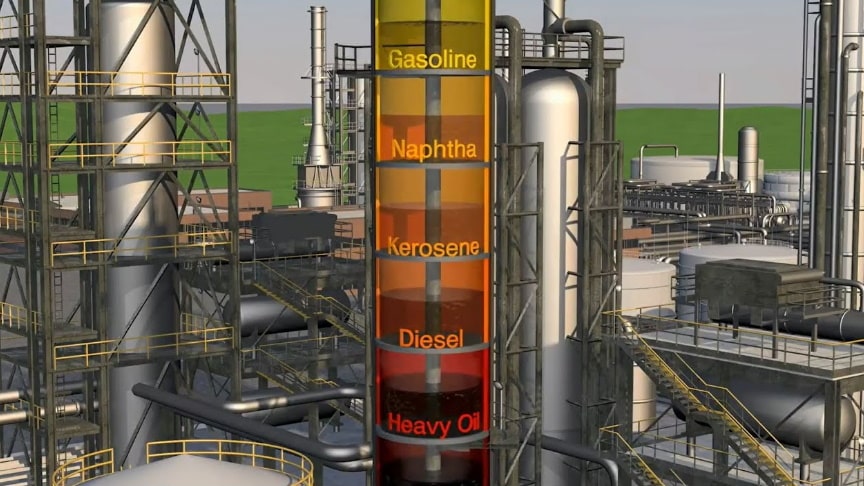 Refineries are very large industrial complexes that involve many different processing units and auxiliary facilities such as utility units and storage tanks. Each refinery has its own unique arrangement and combination of refining processes largely determined by the refinery location, desired products and economic considerations.Watch the video from Production Technology:

There are three steps in the Petroleum refining process – Separation, Conversion, and Treatment.he crude oil is heated to a temperature of 400-degree Celcius, is fed in at the bottom of the column and heated further. The liquid with the lowest boiling point changes into vapor first and condenses.

At higher temperature, the next volatile liquid changes into a vapor state and rises.Inside the distillation units, the liquids and vapors separate into petroleum components called fractions according to their boiling points. Heavy fractions are on the bottom and light fractions are on the top.The cooling and condensing of the distillation tower overhead is provided partially by exchanging heat with the incoming crude oil and partially by either an air-cooled or water-cooled condenser.