The Tesla valve is a fixed-geometry passive check valve. It allows a fluid to flow preferentially in one direction,without moving parts. The Tesla Valve has no moving parts, consisting instead of a series of interconnected teardrop-shaped loops which allow fluid to pass through in one direction. It is made of a series of looped passages linked in series such that the pressure drop is many times higher in the reverse direction than the forward so it does not completely block reverse flow. 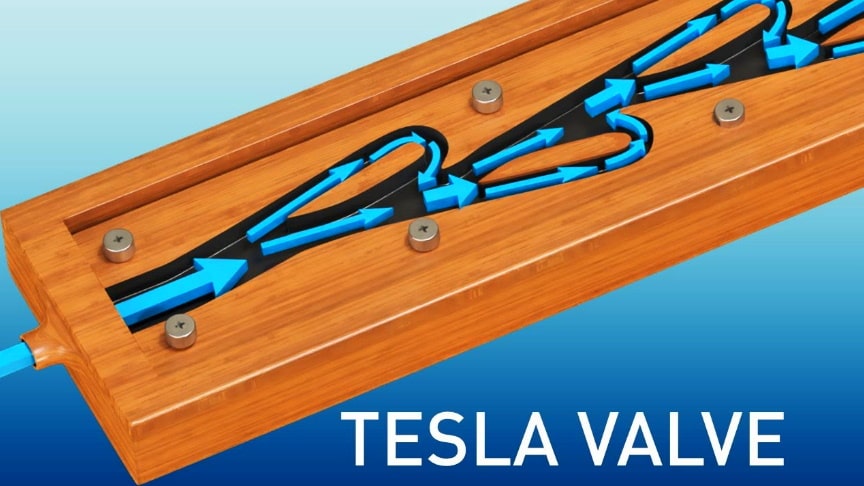 The interior of the conduit is provided with enlargements, recesses, projections, baffles, or buckets which, while offering virtually no resistance to the passage of the fluid in one direction, other than surface friction, constitute an almost impassable barrier to its flow in the opposite direction.Watch the video from Lesics for more info:

Tesla illustrated this with the drawing, showing one possible construction with a series of eleven flow-control segments, although any other number of such segments could be used as desired to increase or decrease the flow regulation effect.