As roads get covered in feet of snow, transport is severely affected. It becomes impossible to drive or even walking becomes a challenge.Until large expensive machines are employed by the government to clear the snow.Untill then, people have to manually shovel the snow covering their driveways. 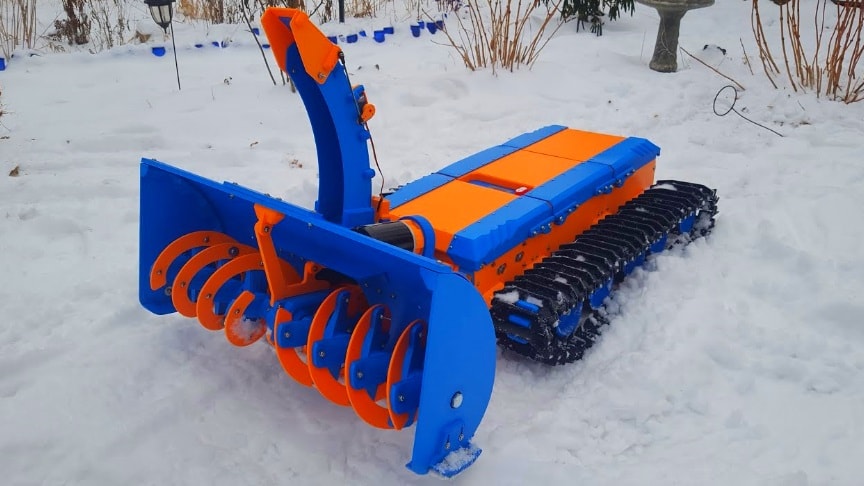 The Spyker Snow Blower 2X in all it’s glory, featuring 28″ x 14″ high snow clearing capabilities. An all new custom designed slip-ring system to allow the spout elevation servo uninterrupted 360 degree spinning power, meaning blow the snow ANYWHERE! Also a set of drift cutters to be able to clear the edges of driveways up to 20″!

The snowblower is almost entirely made of plastic and powered by six 12-volt batteries. Butler can raise and lower the plow, change the direction of the chute and drive the plow over almost any winter terrain.

Equipped with an auger, chute, scoop, and mini tracks, it tackles snowy driveways while the operator sits in the comfort of their own living room.