I have given it my all to try an pack as much information as humanly possible and present them in a simple, coherent and understandable manner with the goal of creating what is the only video anyone needs to watch to learn how a four stroke and a two stroke engine work. 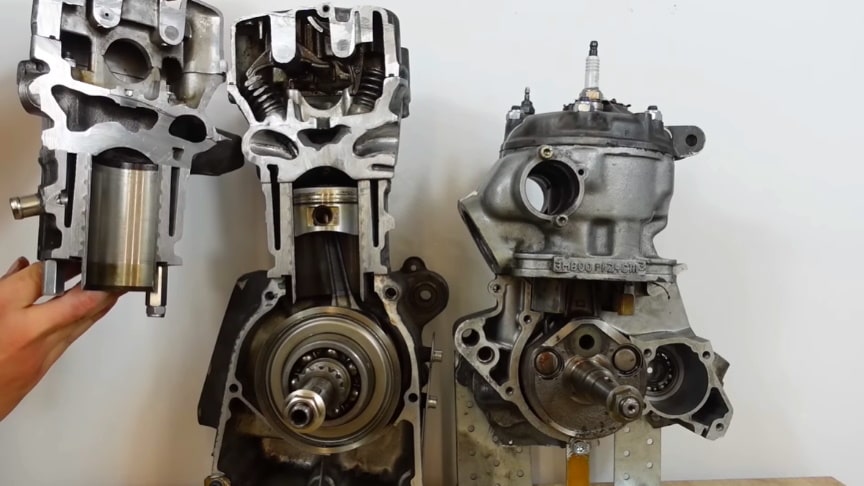 The video also covers the differences, benefits and drawbacks of 2 stroke and 4 stroke engines and also answers the question of why the four stroke ultimately prevailed over the two stroke in most applications despite being larger, heavier, more expensive and more complex.

These engines also do not require pre-mixing of fuel and oil, as they have a separate compartment for the oil.In a 2-stroke engine, all five functions of the cycle are completed in only two strokes of the piston or one revolution of the crankshaft. During the return stroke, the exhaust is let out and a fresh fuel mixture enters the cylinder. The spark plugs fires once every single revolution, and power is produced once every 2-strokes of the piston.