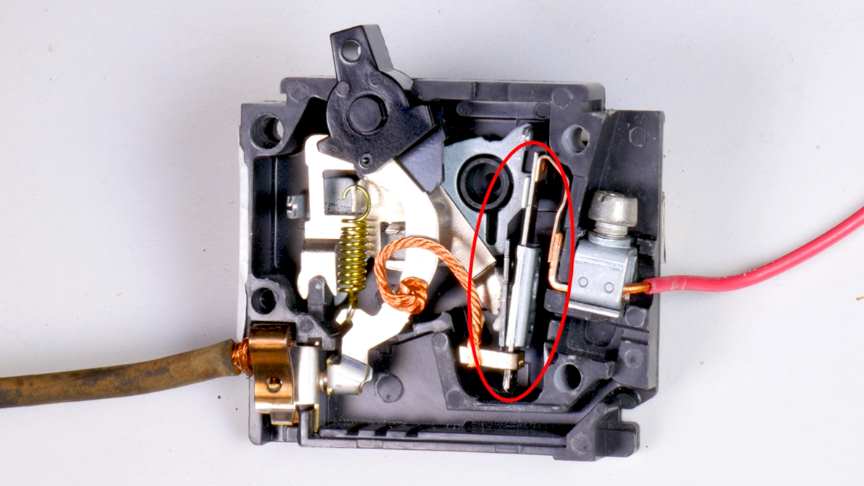 If you’ve ever wondered how that pesky circuit breaker Works inside when your lights turn off, then this is the episode you need to watch.I open up a household circuit breaker and replicate a couple very common household fault scenarios, I film it with the high-speed cameras to reveal exactly what’s going on inside that circuit breaker. Watch the video from Warped Perception for more info:

Once a fault is detected, the circuit breaker contacts must open to interrupt the circuit;this is commonly done using mechanically stored energy contained within the breaker, such as a spring or compressed air to separate the contacts.

Circuit breakers may also use the higher current caused by the fault to separate the contacts,such as thermal expansion or a magnetic field. Small circuit breakers typically have a manual control lever to switch off the load or reset a tripped breaker, while larger units use solenoids to trip the mechanism, and electric motors to restore energy to the springs.This experiment is done in an controlled environment by a professional, DON’T TRY THIS AT HOME.