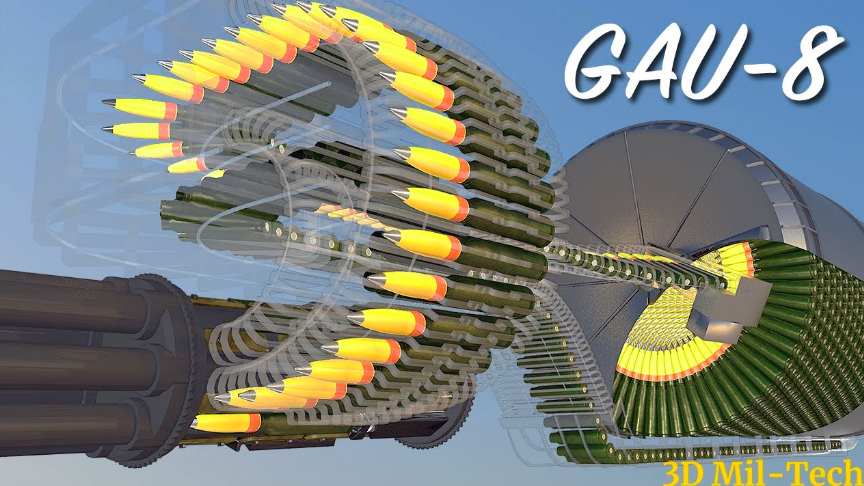 The GAU-8 itself weighs 620 pounds (280 kg), but the complete weapon, with feed system and drum, weighs 4,029 pounds (1,828 kg) with a maximum ammunition load. Power for operating the gun is provided by twin hydraulic motors pressurized from two independent hydraulic systems. The magazine can hold 1,174 rounds.

The Avenger’s rate of fire was originally selectable, 2,100 rounds per minute (rpm) in the low setting, or 4,200 rpm in the high setting. This rate was later changed to a fixed rate of 3,900 rpm.At this speed it would take 18 seconds of sustained fire to empty the magazine.via/read more: wikipedia