When you think of windmills, the Netherlands might first come to mind. But some of the oldest windmills in the world are in Nashtifan, Iran. Dozens stand atop a wall in the windy city, not far from the Afghanistan border. 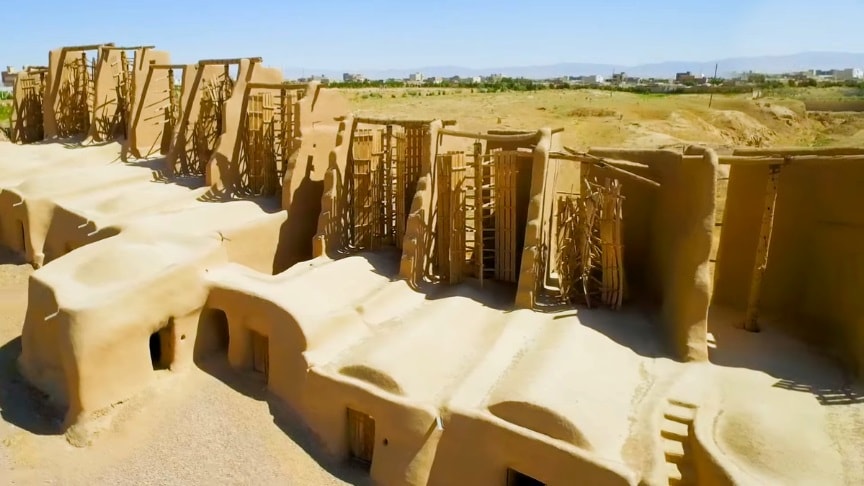 From a distance, they look like wooden turnstiles. But they are vertical-axis windmills constructed over 1,000 years ago from wood, straw and clay. And since the blades are arrayed on a vertical axis, energy is translated down the mast to the grindstone without the need for any of the intermediary gears found on horizontal axis windmills.

The tall walls framing the windmills both support the turbines, and funnel the airflow like the elliptical throat in a primitive windtunnel.

For centuries, they were used to mill flour. In 2002, the windmills of Nashtifan were declared a national heritage site by Iran.To make the optimal use of the wind, all the uniform windmills of a village or town used to be concentrated at a single location on the highest spot of that area.