The Bond Bug is a small British two-seat, three-wheeled automobile which was built from 1970 to 1974, initially by Bond Cars Ltd, but subsequently by the Reliant Motor Company. It is a wedge-shaped microcar, with a lift-up canopy and side screens instead of conventional doors. 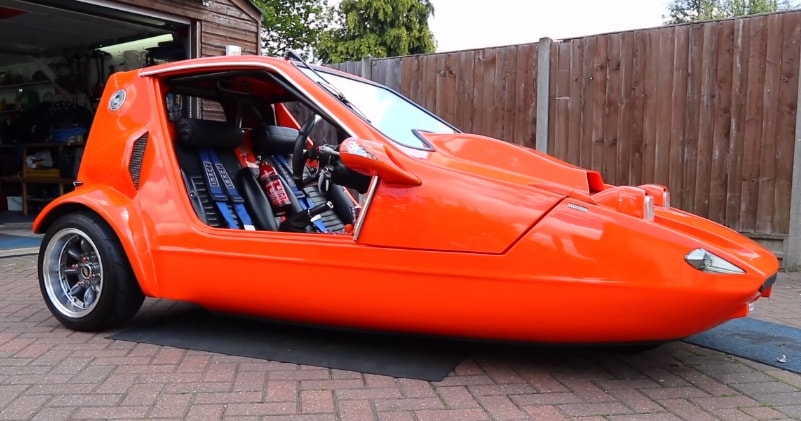 I loved this mad Hayabusa turbo powered Bond Bug that was at Ultimate Street Car 2018 at Santa Pod Raceway. He put is several 11 second runs, with a best recorded by of 11.22 @ 117mph.

He has a best of 11.06, and was trying to get into 10’s, but sounded like he was hitting the rev limiter on each run, which prevented this. Was still one of the stars of the show.

However this Bond Bug that showed up to Ultimate Street Car 2018 at Santa Pod Raceway is powered by a Suzuki Hayabusa motorcycle engine with considerably more horsepower.The best run recorded in the video below was 11.22 sec at 117 mph however the owner’s personal best is a 11.06 sec.OFFICIALLY GASSED – OG