Working model of a Mazda 13B-REW Wankel rotary engine. Found in the RX7. Modeled from what was available on the internet. Mostly from pictures and diagrams. So most parts look right but are not dimensionally accurate. the scale is the same as my other models at roughly 1/3rd (35%).The model is designed so that you can see the moving parts of the rotary. All three of them. 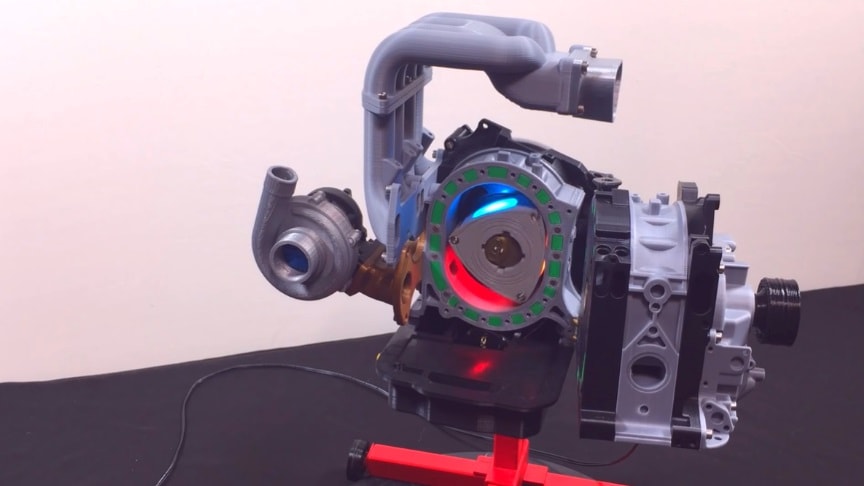 The center iron plate and front rotor housing are on hinges so the block can be opened up like a book.You can see the back rotor spinning and the you can turn the front rotor by hand when open. The eccentric shaft is sectioned into three pieces and held together with magnets and index pins, so that you can open and close the model while its running.//3D Printed Engines

The back rotor contains an Arduino and color changing LEDs which simulate the combustion cycle in each chamber. The rotor is wirelessly powered by another Arduino circuit housed in the oil pan. The rotor syncs the LEDs by sensing a magnet in the housing so it speeds up/slows down the changing colors of the LEDs according./3D Printed Engines