“Ernst Eberhard from St. Ulrich in Feldkirchen realized his dream. He built himself a motorbike made of wood, steel and a single-cylinder diesel engine.” – Author Unknown. 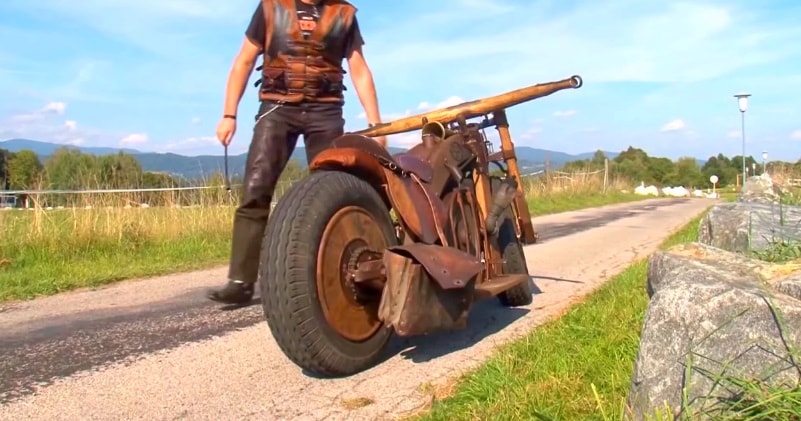 After purchase and survey of the main components I started the preliminary drafts and the construction. The basic geometry is equivalent to a touring motorbike. As this vehicle existed on screen I started its realization in summer 2014.read more about Ernst Eberhard in his blog:

The frame is made of carinthian oak wood, 2 crooked spruce branches as handlebars. The engine is an single-cylinder diesel engine with about 500 ccm3 and 5 PS, build year about 1945 which originally was used as a motor in agriculture (evaporator, cooling, crank start).

The three-speed gear is out of an Indian (motorbike) build year about 1930. The seat is a reconstructed saddle.Every detail is hand made and a single copy, says Eberhard. After a construction period of about a year, the Wood Bike has now become reality.via: acorbinsayswhat