Created by the talented team at Delta TechOps in Atlanta, Georgia. This one of a kind creation was built using scrapped Pratt & Whitney PW2000 series engine parts. It is a mirror image setup with another grill on the right side of the engine. PW2037 PW2040. 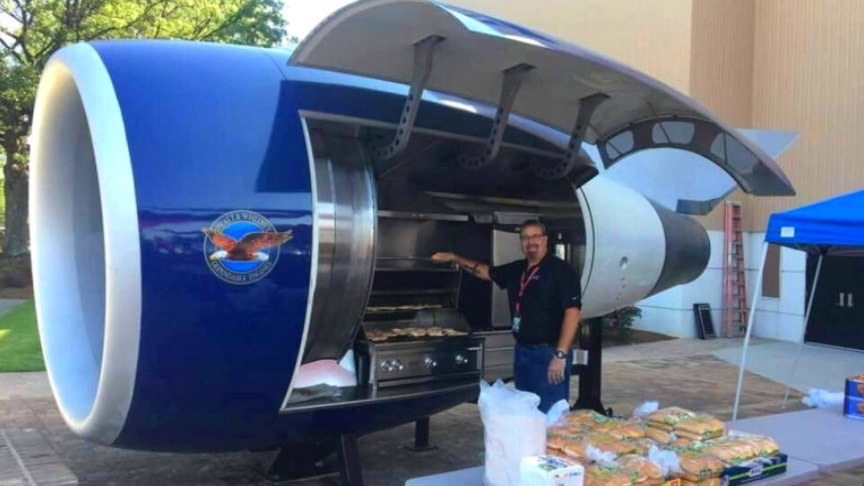 The engineers have transformed an old jet engine into a huge BBQ grill and are enjoying summers like the boss! The BBQ grill was built using scrap parts from a Pratt & Whitney PW2000 jet engine from a Boeing 757.

It sure looks like a real 757 jet engine, indeed. Each side of the engine can open up to reveal a grill and workstation.

The finished grille was installed in the Delta Air Lines Operations Control Center.This is a truly incredible construction, to leave any backyard barbecue-master with envy!