Finally, after 7 years of planning and building this awesome work of art, it was time of getting it airborne.This project is one of 3 models at the same modellers club. The paint job has be done by Klaus Herold, who is an expert in painting and weathering WW2 Rc planes. 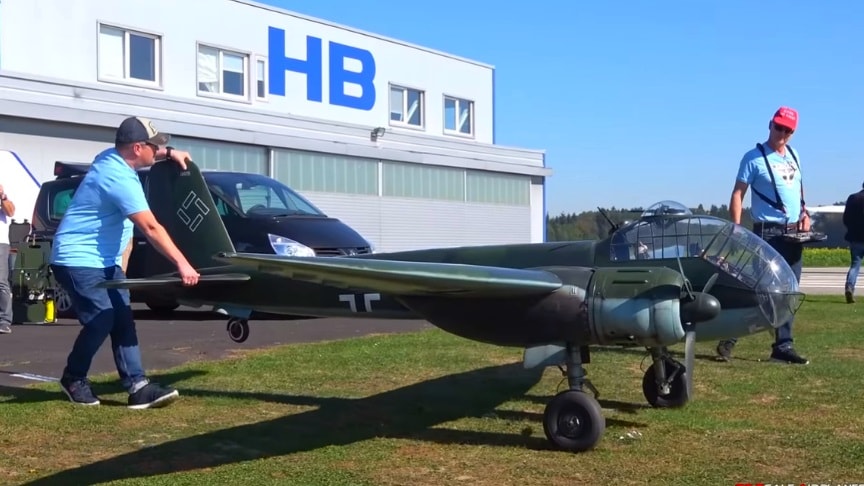 With almost every rivet and detail complete, this warbird has a wingspan of 5.5 meters (18ft) and weighs 187 pounds. The aircraft uses two Moki 250cc engines. These motors can usually be found on large single-engined warbirds.

At the front of the nose, the height of the fuselage from the ground is over a meter at 105 cm. The fuselage length is 383 cm .The main two wheels have to support the entire aircraft whilst on the ground and take a hit when landing.

The Junkers Ju 188 was a German Luftwaffe high-performance medium bomber built during World War II, the planned follow-up to the Ju 88 with better performance and payload.