The supersonic Concorde jet planes have been retired, so the only way to witness the majesty of this marvel in flight is through replica RC models. RC MEDIA WORLD shares footage of Otto Widlroither’s incredible 1/6-scale version of the jet. 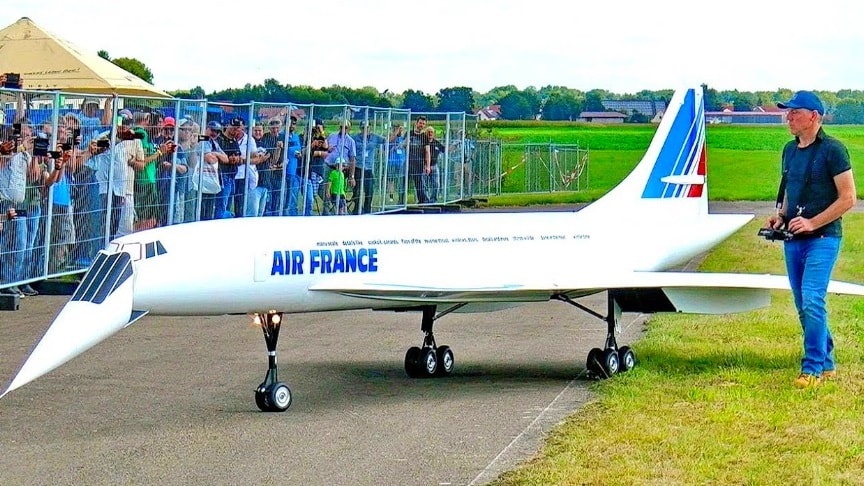 It measures 10m long, has a 4m wingspan, and is powered by four JetCat P300 Pro turbines.Just like the original, this RC aircraft takes on the skies without any problem whatsoever.The fuselage and wings are made of carbon fibre sandwich.

The plane itself was all handmade and driven by scale turbine engines. The cockpit even has a fully functioning “droop-nose” just like the real thing.When the Concorde was in service, the pilots would lower the nose in order to improve visibility on take-off and approach, then raise it in flight for less drag.

The primary users of the Concorde passenger jet were British Airways and Air France, and that is probably why the RC aircraft in this interesting video is painted in the colors of Air France. This impressive piece of technology was capable of reaching a maximum speed that was two times over the speed of sound, or to be more precise, Mach 2.04 (1,565.228 miles per hour)!