A High Performance edition of the famous close air support A-10 Thunderbolt II, also known as the “Warthog” or “Tank Killer”The aircraft was constructed by Italian model builder, he has made this amazing radio control plane that is a replica of MIBO A-10 Thunderbolt II fighter. 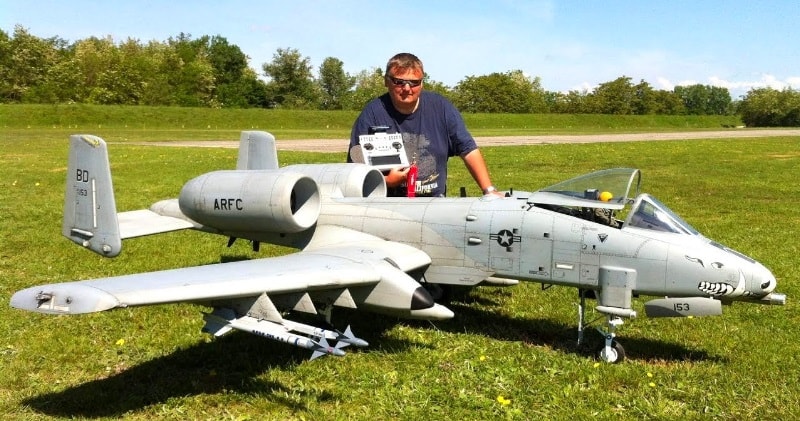 The scale is 1 / 5.8, has a length of 3 meters, weighs 24.9 kg.The ultra-realistic model features nearly exact maintenance panels and even has a frightenly accurate 30mm gun. The model jets flying characteristics are pretty realistic too.

It was fitted with two Frank TJ 74 S turbines with 35 pounds of thrust each. It had a 1.8 gallon tank, and when full has a takeoff weight of 66 pounds.

The landing gears are equipped with electric brakes as well as an electric retract system that takes 15 seconds to cycle. The jet also has a functioning cannon called a fright shot, which spews sparks to simulate the 30 mm gun system.