Ring type wind turbines are a type of wind power generator that narrows the path through which the wind passes to thereby increase the wind speed and improve power generation efficiency. Basically, this technology takes technology that is used in areas such as pumped-storage dams and applies it to wind. 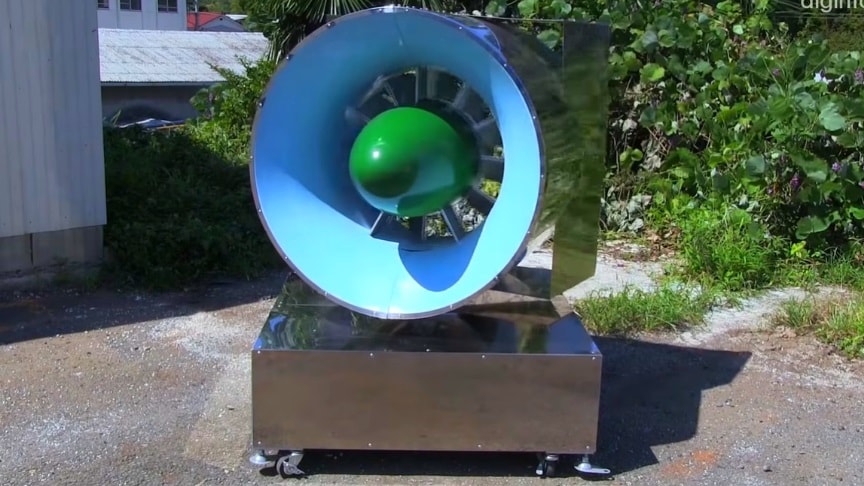 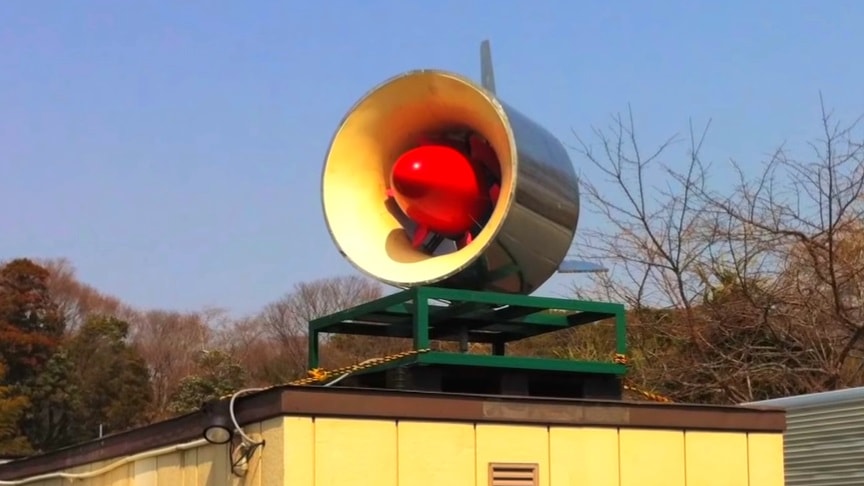 With a weak wind force, the ring wind turbine can generate 5-10 times as much power compared to a wind turbine with the same bore diameter.The generator has no shafts or exterior parts, and it is lightweight.The dimensions allow installation in a 2-square-meter area, and therefore all the components can fit in an elevator.The vanes do not stick out, so it is safe for wildlife and humans.

The battery is housed in a stand, so the equipment can function as an uninterruptable power supply as well.Rated output of 3kW (wind speed of 8m/second). The goal is to generate 10MW/h yearly (when 1.2kW/h is generated with an average wind speed of 6m/second).

Wind speed can be accelerated by reducing the cross-sectional area of the wind turbine so that it is smaller than the wind inlet port, and as a result, power can be generated even with a weak wind.Structural strength is increased by adopting a ring format for the wind turbine, and the entire unit is made more lightweight including the drive area.