Count Cesare Mattei was not technically a king, but he was the king of his own castle in Italy’s Northern Apennines. 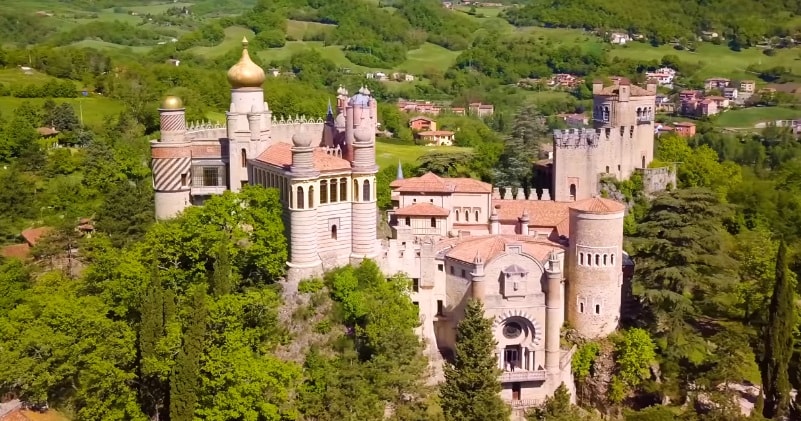 The inventor of a homeopathic treatment for pain using the physical energy of plants, Count Mattei began building Rocchetta Mattei on a scenic hilltop in 1850 and didn’t step foot outside the castle for the last 20 years of his life.

Join us for a tour through the labyrinth of eclectic rooms, including a spectacular chapel resembling Spain’s Cathedral of Córdoba.

Cesare Mattei who is best known as the father of “electrohomeopathy,” a medical practice said to cure cancer.Mattei’s electrohomeopathy is still practiced in some corners of the world such as India and Pakistan.