Jim Onan was a man who always interested in the Egyptian culture and stumbled upon a university study one day suggesting that pyramids at Giza generated energy. Jim came from humble beginnings, He had 5 children with his his wife Linda and he was a hardworking man who built his own concrete business from the ground up. 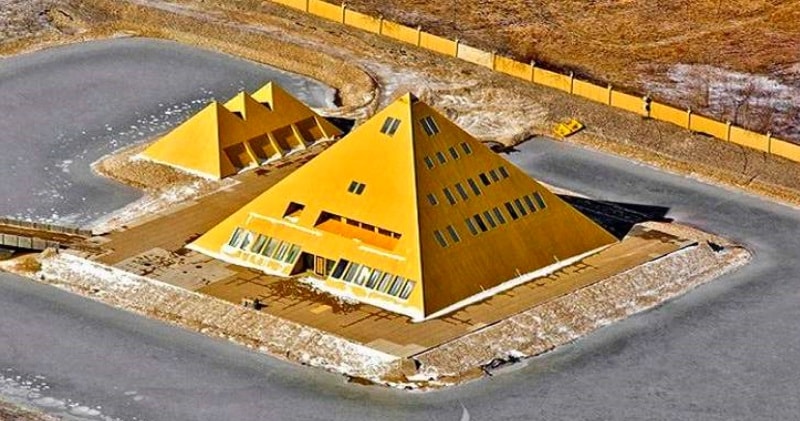 In the 70’s Pyramid’s became more popular because of the mysteries coming forth. His curiosity led him to build small pyramids around his home and people realized that when they put their hands above this small pyramid they felt a weird sensation, a vortex of energy coming from the top of the Pyramid. 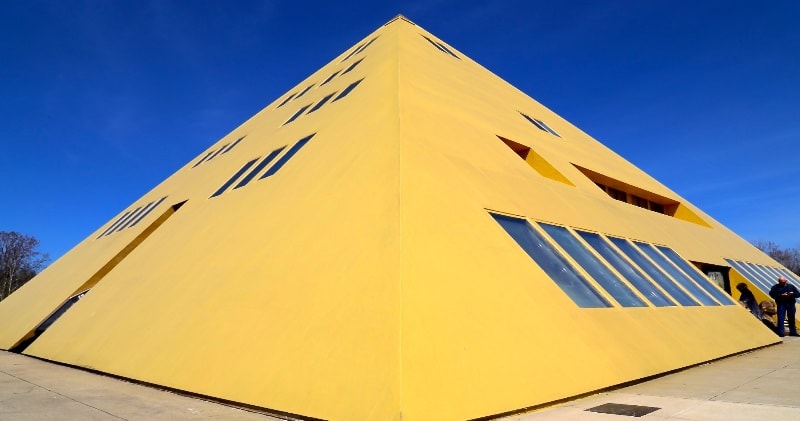 He kept building small pyramids and then decided to build a little bigger one, a 13 foot pyramid in his backyard to experiment on a larger scale. One of the Onan sons was a botanist and the university he attended suggest that they grow inside the Pyramid. What they found was astonishing, they found that plants grew three times as fast in the pyramid than outside it. 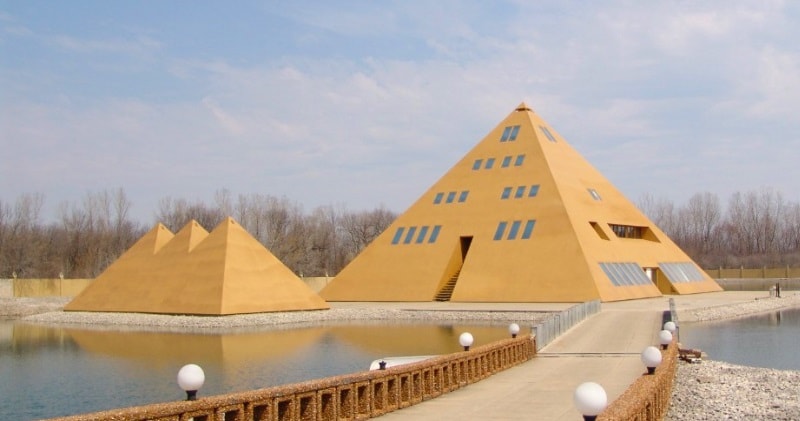 Onan was astonished at the power these structures seemed to unleash and decided to take the bold step of redesigning his family house in the shape of a pyramid.The house was built from scratch and designed to perfectly mirror the design of the Great Pyramid of Giza scaled down to a ninth of the size of the original.

When construction was underway another extraordinary thing happened. The middle of the floor inside the house began to make way for a bubble of constantly flowing spring water.This was particularly surprising as there had been no indication by the planners that such a thing could happen leading Onan to suspect that it was the very structure of the pyramid itself that caused the water to materialize.

Perhaps even more bizarrely, one of the construction workers on the site took it upon himself to collect some of the mysteriously appearing spring water and drink it. He claimed that whenever he drank the water, he found that his blood pressure was significantly lowered. Onan thought that this was worth some investigation and invited other people to collect and drink from the spring. To his amazement, they returned claiming to have been cured of a myriad of different ailments.