We have known for a number of years that the acid found in lemons can be used to generate electricity.You have already seen potatoes and other food items being used in experiments aimed at power generation. However, these guys decided to use something that has never been used before, lemons! 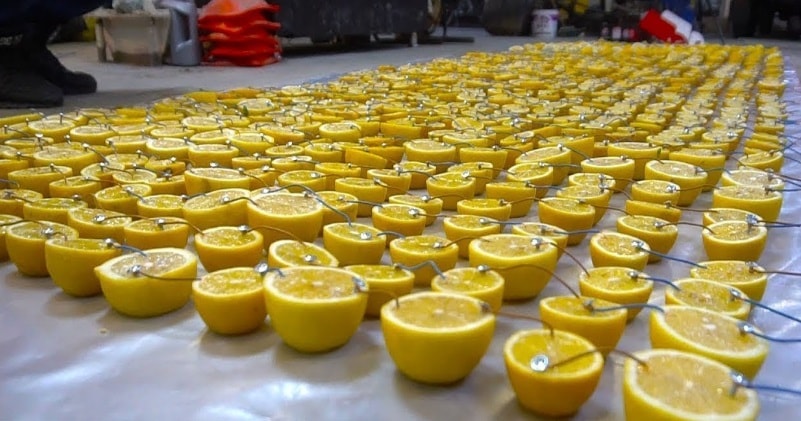 In the video experiment below Garage 54 tries to find out how many lemons it takes to start a car.The team is trying to ascertain if the lemons can come up with enough power to start a car. The mechanics are able to determine that one half of lemon can deliver about 0.96 volts.

Once the connections have been made, the experiment is all set to be carried out. The experiment concludes that even a thousand lemon halves won’t suffice for starting the car. The lemon battery is only 1.5 milliampers.

To start a car you need around 100 ampere. Around 66 million lemons are needed to be able to start a car.The experiment is a disappointment as the makeshift battery’s voltage appears to have dropped to less than one volt.