AN AMBITIOUS mechanic has created the first ever street-legal, amphibious car – from a helicopter. Jeff Bloch, aka Speedycop, spent 3,000 hours converting a Vietnam attack chopper and an 86 Toyota chassis into the most unique, but practical, vehicle.via: Barcroft Cars 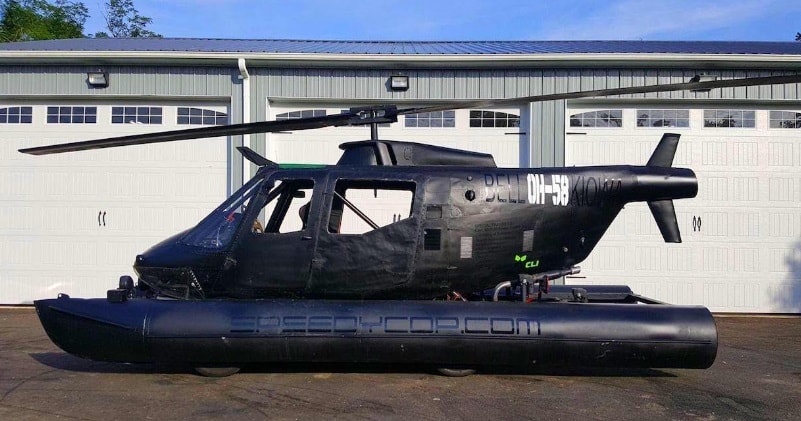 In the summer of 2016, Jeff and his team worked over the course of six months at his home in Southern Maryland, USA, and successfully built the unorthodox ‘Speedycopter’ that can operate on land and water./Barcroft Cars

It’s sitting on an old Toyota van chassis, with a widened Mazda Miata rear suspension, a mid/rear-mounted Audi 3.0 V6, and the Quattro transmission sports a welded Torsen diff that allows the same engine to power both the wheels and the boat prop.

In the water, that same engine runs a 7,000 rpm four-blade propeller harvested from a parasail boat. The gear shift is made from the helicopter’s repurposed Vietnam-era stick for firing machine guns.Jeff is also known for his other crazy creations, including the: sideways Volkswagen camper van and even an upside down Camaro that still runs./Barcroft Cars