TRANSFORMING a standard pick-up truck into an eight-wheel, 21ft-long beast has taken a Tennessee man 20 years and some “epic man-hours”. 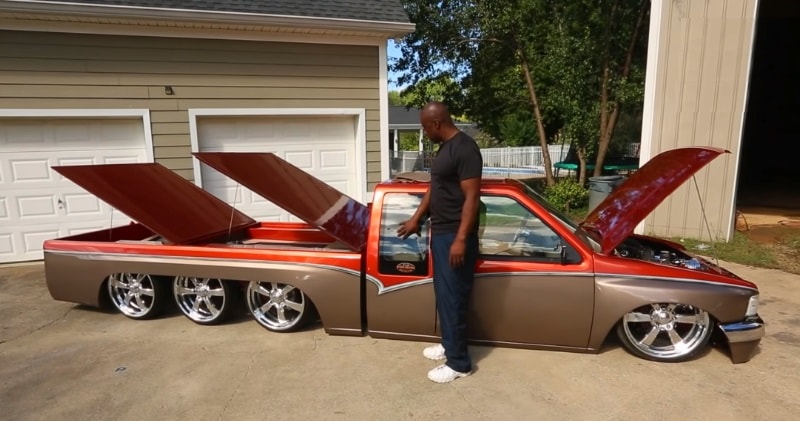 Steve Francis, 48, has customised nearly every aspect of his truck, lowering the body by three and a half inches, adding six 20-inch rims, packing in a V8 engine, and adding suicide doors.via: Barcroft Cars

The vehicle started life as a plain 1989 Isuzu LS SpaceCab, but since being transformed has won numerous competitions and taken home multiple trophies at car shows.

Steve, who owns his own towing company, told Barcroft Media: “When you get that feeling of winning a ‘best of show’, a ‘best overall’, that is such an incredible feeling and adrenaline rush.