What an unbelievable sighting of a Leopard and a Python in a full-on brawl for survival. In the wild, it comes down to “survival of the fittest”, and with these two very diverse species going head to head, this action-filled sighting kept the visitors on the edge of their seats! 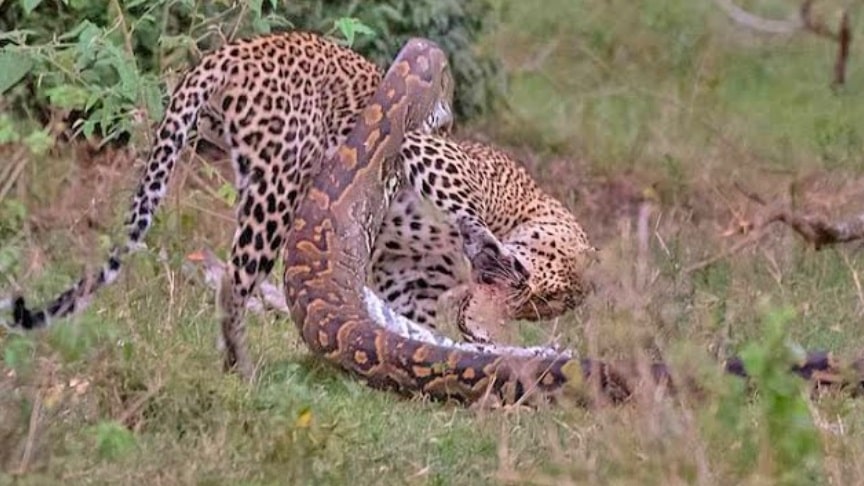 Clint Saint, (37) the owner of Live Life African Safari Getaways shared this spectacular video with us, which was taken by Suzie Moll, one of his guests on a safari drive. Clint got into more details as he shared the events of the day to LatestSightings. read more: Kruger Sightings

We got to an area where we came across a leopard who seemed curious about something in the grass. Knowing that the leopard could be preparing for the hunt, the guide stopped the vehicle and we watched for a while.

Between the bushes – the hidden creature became clear into view and we realized that this leopard took an interest in a HUGE African Rock Python!”. “In the end, the Python was defeated with numerous puncture wounds on its body, especially on its head area. The leopard also had injuries with an obvious wound to the right front paw which could be clearly seen as it limped away from the scene./Kruger Sightings